Upload your photos for Aori and share them with us!
Press here.

The folklore museum was founded after proposal of Mr Mihalis Mihailidis and Nikolaos Lantzanakis and established under the presidency of Mrs Koula Aggelaki.
For the establishment and organisation of the folklore museum, local and prefectural authorities assisted. In addition, residents of the village offered invaluableness heirlooms which were owned by their ancestors.
The museum includes objects that were important in the everyday life of past eras. For example: household equipment, weavings, loom, agricultural tools, spinning oil lamp machine, vine-press tools, clay pots jars, candlestick and many other tools.
The museum is open from April to October between 9:00 am to 2:00 pm. .
For further details Telephone:28430-51255.
>> More info... 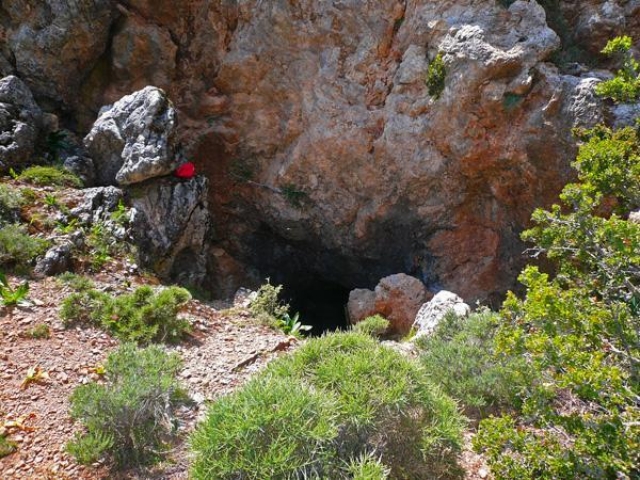 Apoloustres
The Cave of Apoloustres is located 2.5 km north of the village and it is a gulch of 15-20 metres deep as well. A big gallery 60x15 (WxH) metres and a non visible entrance, made this cave the safest covert of the villages near Pefki.
In 1930 visitors found copper coins depicting a man’s face and the name Marcus Aurelius was stamped around the face on each coin.
Access to that cave is very easy as cars can reach 150m before the entrance and the terrain is not considered difficult to cross.
Both caves, Vreiko and Apoloustres were used as coverts by the locals when they were in danger due to piracies and invasions, and many people were saved.
At this point is very important to say that both caves are not equipped with lighting and visitors must have their own equipment to explore the caves. 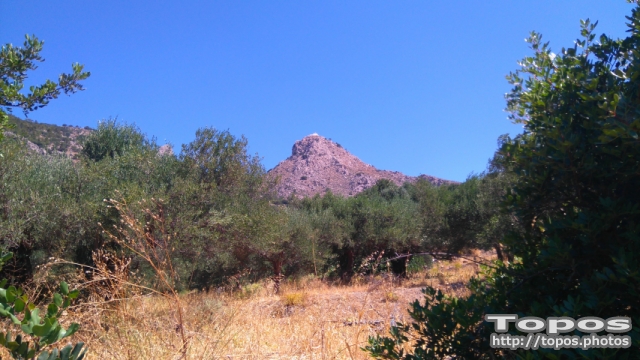 Holy Cross and St Panteleimon
North of the village on the top of the mountain is built the small country church of Holy Cross and a little outer and eastern of the village by the street the little church of Saint Panteleimon. Both were built in the decade 1880-90 by Mr Stavros Kassotakis who is reported as ‘Kasotostavris’.
The place of Temple of Holy Cross offers a scenery view that impress the visitor as the village of Pefki, the slopes form a magnificent landscape ending at the Makry Gialos area and Libikon Sea.
Πηγή:
«Πεύκοι “Τόπος και Ιστορία”», Γεωργίου Θ. Καναβάκη (Καναβογιώργη), Έκδοση Κοινότητας Πεύκων, Ιούλιος – Αύγουστος 1994
>> More info... 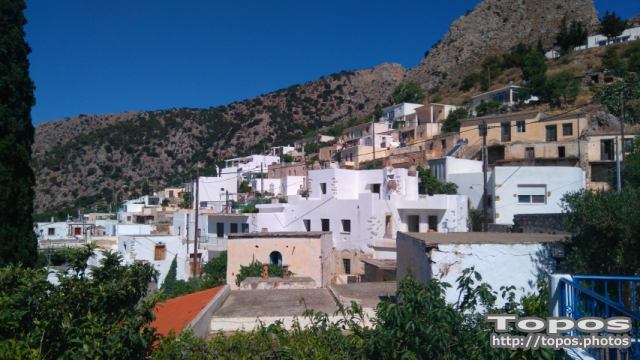 The village of Pefkoi is built in altitude of about 420 metres on the south slope of mountains that have the name of their tallest mountain top, called “Romanati”. The land is rocky at its biggest part and forms a scenery landscape of unique attractiveness.
Above the village is the mountain of Afendis-Stavros ("Stauromenos") in the top of which the homonym tabernacle has been built. South of the village, a mountainous landscape mainly consisting of soil allows the growth of olive trees, fruit-bearing trees and gardening. Big part of the landscape is covered by forests of pines, wild locust trees, olives, bushes and many other forestall plants. Travelling southern the land is more level allowing the growth of vines and greenhouse products.
The region of Pefkoi has coverage of forty thousand acres, is located 35 kilometres south-west of the Sitia town, and 30 kilometres east of Ierapetra. It borders with the village of Krya from the north, while from the south it has the Livykon sea with the scenery beaches of Analypsis, Maky Gialos, Diaskari and Lagkadas in a distance of 7 kilometres. On the west Pefkoi borders with Agios Stefanos village and with Lithines village from the east as well as the Municipality of Maky Gialos.
Πηγή:
«Πεύκοι “Τόπος και Ιστορία”», Γεωργίου Θ. Καναβάκη (Καναβογιώργη), Έκδοση Κοινότητας Πεύκων, Ιούλιος – Αύγουστος 1994
>> More info... 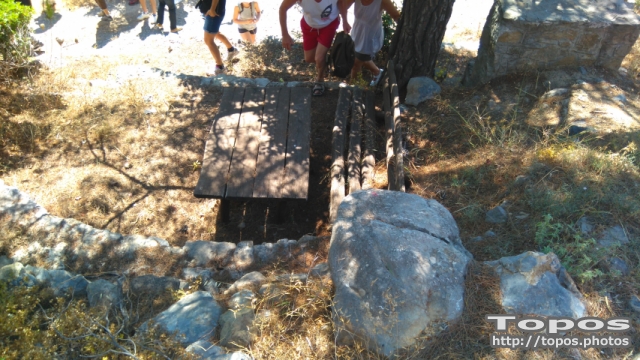 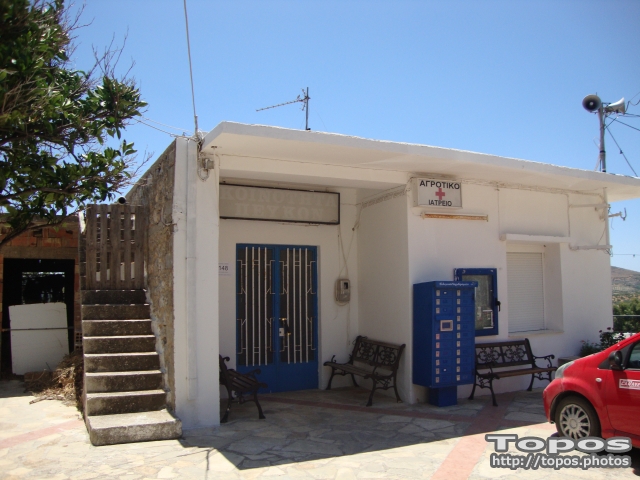 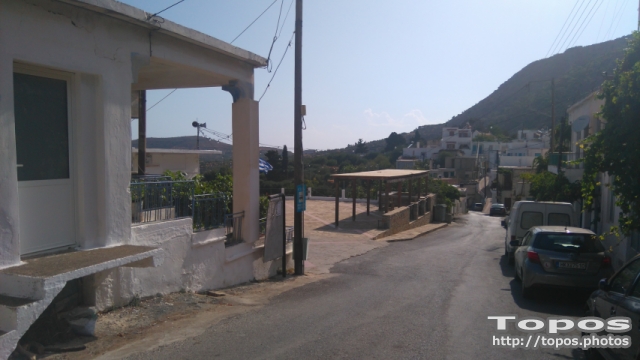 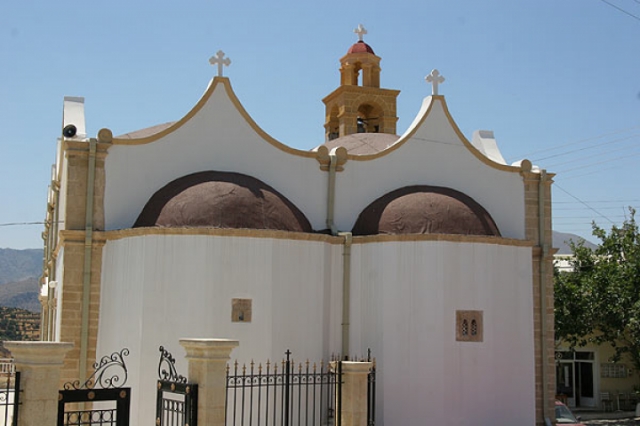 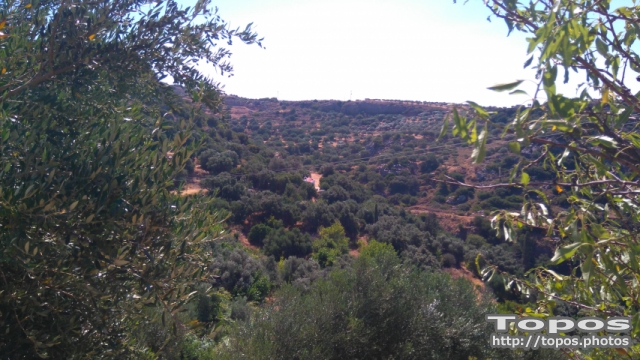 Holly Mother the Evangelist
It is an early era Christian Temple, 100 roughly metres south-east of the village, it was destroyed by the Saracens initially in 823 A.D. and then twice from the raid of Turks in 1471 and the years when they occupied the island of Crete. It is also said that the temple was destroyed by an earthquake in 1612. The first restoration is said to have taken place by the Byzantine settlers of the village. For the destructions by the Turks it is not known when and who did the restoration, but probably it was restored by residents who survived.
The restoration after the earthquake is said that it became from a woman who is reported with the name “Maria”. She was killed by the Turks when they made their last destruction. She is buried in the Temple in a grave under arc-shaped vault that she had made by herself. For this woman it is said that she was very rich and benevolent. Her house was built 500 metres south-east of the temple at the end of a bluff and remaining of her house can still be seen in that location.
Πηγή:
«Πεύκοι “Τόπος και Ιστορία”», Γεωργίου Θ. Καναβάκη (Καναβογιώργη), Έκδοση Κοινότητας Πεύκων, Ιούλιος – Αύγουστος 1994
>> More info... 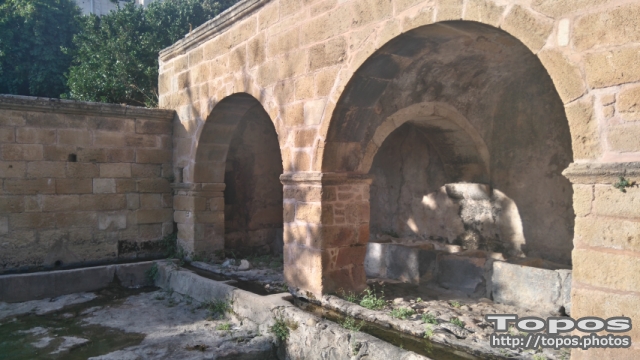 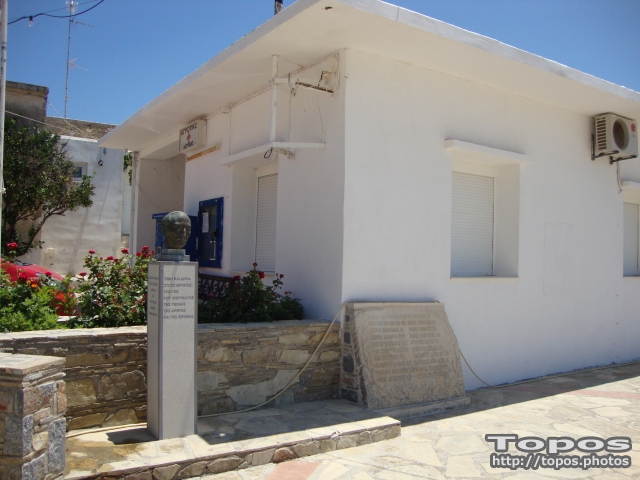 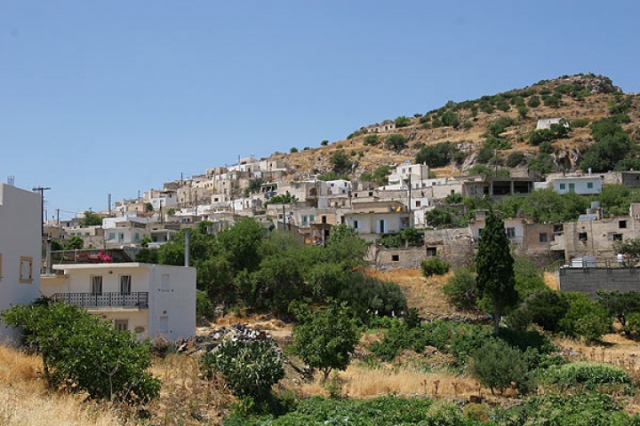 Thirty kilometers east of ierapetra, is the municipal unit of San Stefano that besides the picturesque village includes the popular tourist resort of makrigialos. The settlement's Population is 131 inhabitants (census 2011), 305 inhabitants (census of 1583).

Built on a hill in 453 m altitude the picturesque village of Agios Stefanos is a prime example of mountain culture of the Cretan people. Its privileged location offers unique views of the Libyan Sea and the mountains of Thryptis while less than six kilometres inhabitants and visitors can enjoy the popular beaches of Makris Gialos.

The older will remember the settlement with the name ' Old ' name for the origin, there are different interpretations, with most believing the present name owes to the impressive church of Saint Stephen, who is known for its distinctive architecture, the Interior and exterior decoration. This is the main reference point of the village, with the small square on the side of to gather in cafes of the villagers. Agios Stefanos distinguishes for its dense building and winding cobblestone streets. Somewhere in there you will find the Kimeri, the old (and now restored) source of the village with the characteristic arch, in troughs which women washed their clothes seasons that the water had not reached even in homes of the village.

On the rough and steep hill at the top of the village, once stood the ' Kastelos "or" Fortezza ". A, ruined, Venetian fortress which is believed to have been built on the foundations of the Citadel, probably of geometric times, and according to the legends of the village was devastated by the raids of the notorious pirate Blackbeard. Although the area does not have become systematic excavations, findings suggest that inhabited from the 9th century BC. Due to the increasing tourism development of makrigialos launched the Decade of the 80 's, many villagers of Agios Stefanos fled the region moving in more "fertile" seafood lands, though nowadays Aghios Stefanos is a mountainous village that comes rapidly. Main cause is-re-discovery of the beauty of the village of tourists who flooded every summer around coastal areas. Dozens of foreigners--mainly northern Europeans-who appreciated the special charm of the area and the mild climate, buying homes and land, moving either occasionally or permanently in Agios Stefanos, giving a more vivid color to the area. The summers the population more than doubled and the area comes alive.

The cafes in the area host all sorts of events from parts of haggling the day up nights learning lyre and bouzouki for foreigners in the region. A characteristic example is Philippe from Belgium, who once traveled in search of Crete, came to stay permanently in Agios Stefanos to erect its own small Observatory, which everyone now can enjoy the starry sky throughout the year. 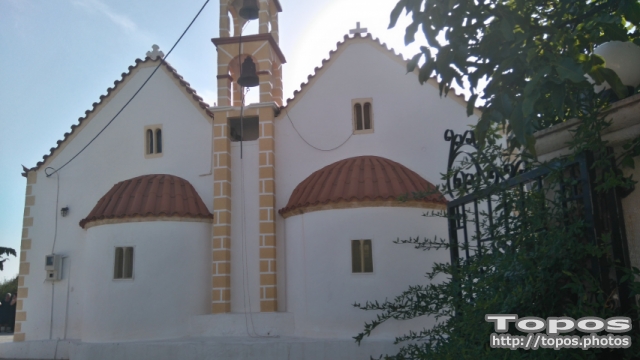 Church of St Konstantinos, St Helen and the Three Hierarchs
The church of Three Hierarchs is the parish church of the village. The church has two aisles with the south one being dedicated to St Konstantinos & St Helen and the north aisle is dedicated to the Three Hierarchs.
From local history and the dates written on the pictures it is known that the first aisle was built between 1840-1850. The second aisle was built between 1897- 1902 from the locals as an offering after their victory against Turks during the night of 29th - 30th of January which is the Saints’ day. It is said that the temple of the Three Hierarchs is made of the remaining of three cypresses that were set on fire by the Christians against the Turks during the battle in Pilalimata in 1897.
Πηγή:
«Πεύκοι “Τόπος και Ιστορία”», Γεωργίου Θ. Καναβάκη (Καναβογιώργη), Έκδοση Κοινότητας Πεύκων, Ιούλιος – Αύγουστος 1994
>> More info... 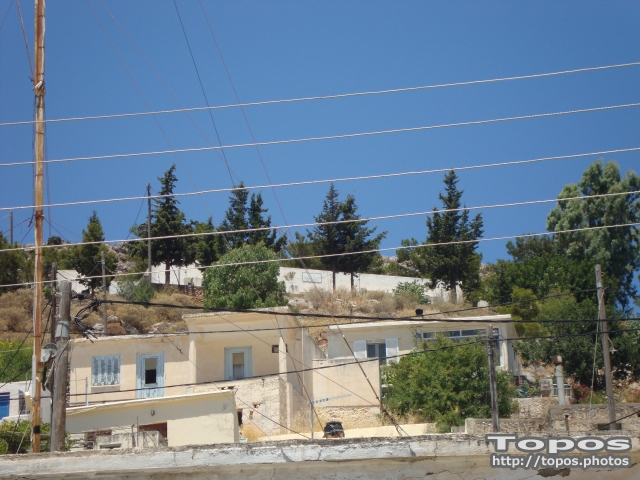 In 1957 the Municipal School above the village was built by personal work of men and women of the village. Prior to this there was a school built in 1911 in front of the church it was inadequate for school. The old school building converted to house and it is still maintained but unoccupied. In the earlier years when there was no school in the village students had to walk to the village Stravodoxari or currently known as Stavrochori, and then to the school of Agios Stefanos.
After 1897 during the years of Cretan State a school was founded in the village. Until then for the school purposes a room of local houses was utilised that students’ parents offered every year free of charge. There were not any desks or chairs and each student has to care of his seat, usually a small stool made from trunk. Books were not available to students. Only the teacher had some books and in a limited number. The students for writing were using a black stone plate, on which they were writing using stone from clay.
The school of Pefki hereafter stands proudly on the top of the slope that the village is and it functions as Folklore Museum of Former Community of Pefki which maintains the Cultural Association of the village.
Today a modern school functions in Makry Gialos, as well as High school and Lyceum.
Πηγή:
«Πεύκοι “Τόπος και Ιστορία”», Γεωργίου Θ. Καναβάκη (Καναβογιώργη), Έκδοση Κοινότητας Πεύκων, Ιούλιος – Αύγουστος 1994
>> More info...
Image Coming Soon
Pefkoseli 2417 hits