Upload your photos for Ierapetra and share them with us!
Press here. 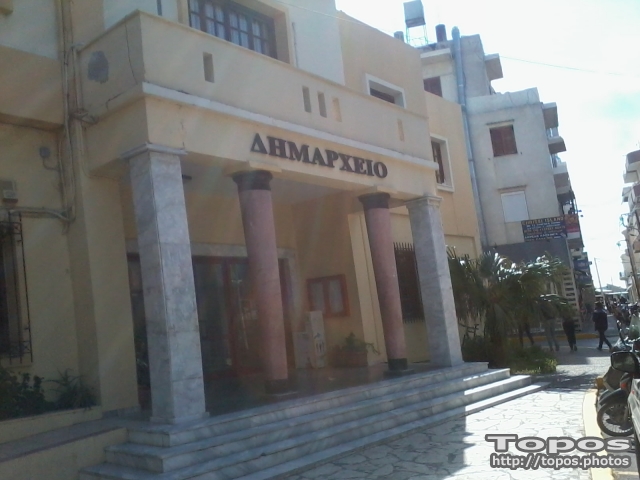 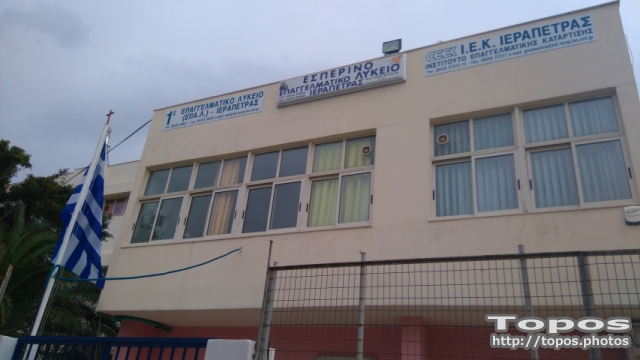 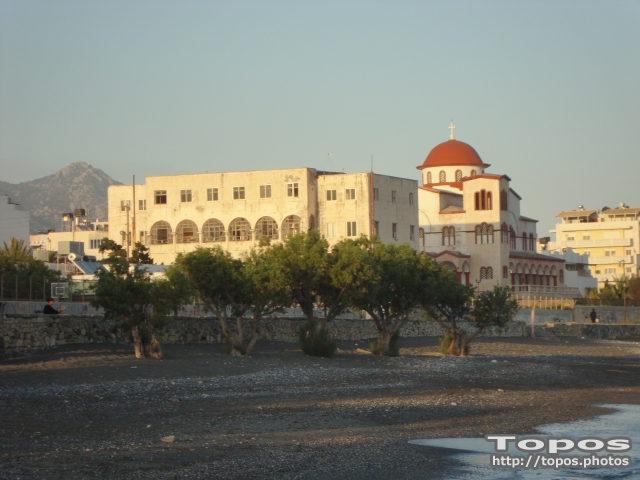 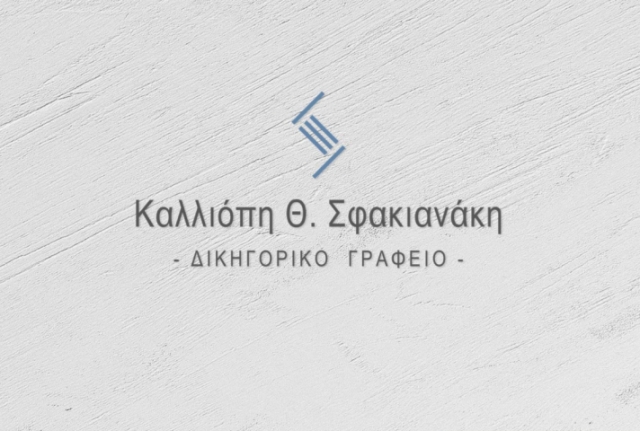 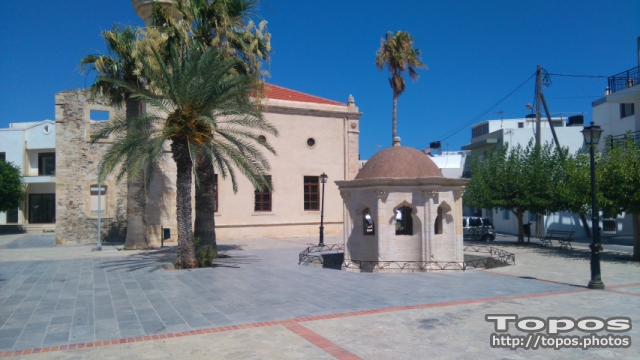 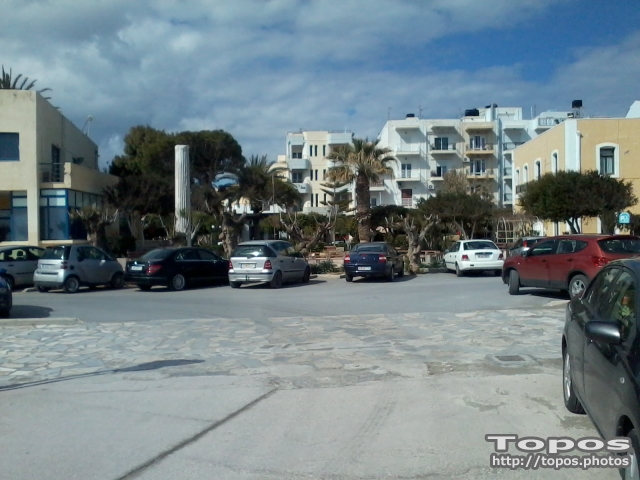 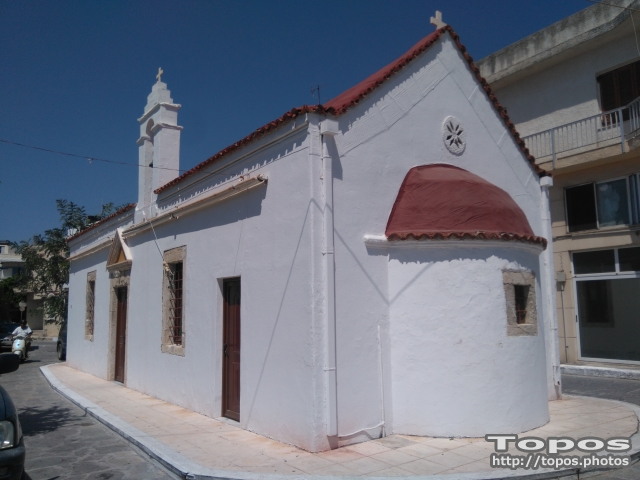 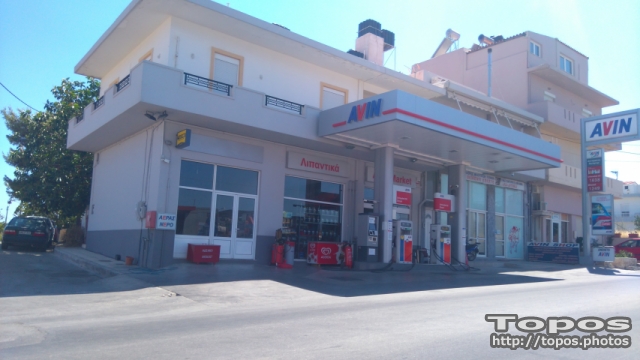 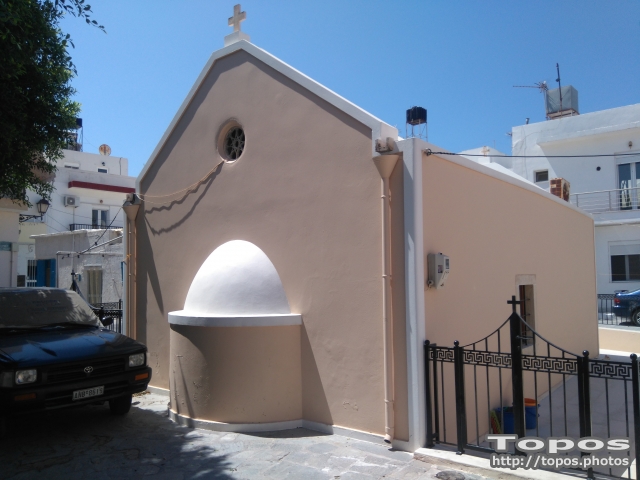 The Museum consists of audiovisual content and interactive applications. In particular, LCD screens that display information about Ierapetra, the wider region, the trails, paths etc, exhibitions of holograms that reproduce digital copies of archaeological and other findings and an interactive table that contains digital applications and educational games. 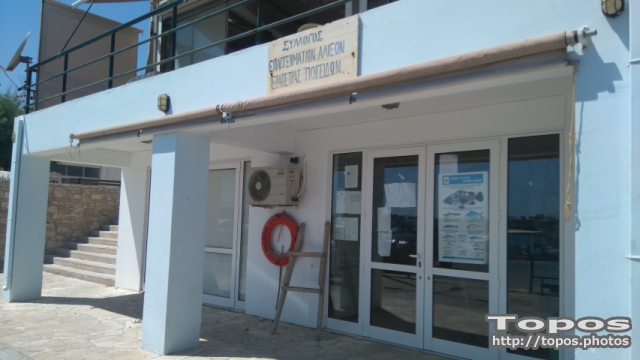 The Cathedral of St. Georgios, patron saint of Ierapetra, is three-aisled, with a hemispherical dome based on a high drum. Morphologically, it follows the rhythm of Orthodox churches built under the Turkish rule, and it is characterized by construction elements of the Ottoman architecture. It was built in 1856, according to a founding inscription preserved on the lintel of the south side of the church by a craftsman named Hatzimanolis, who was most likely Carpathian. However, on a map of the region of 1640, a church already appeared in its current position.
All the elements of the superstructure of the church (arches, domes, roof, and central dome) are constructed on a load-bearing wooden frame covered with wood sticks (called bagdouti) coated with mortars of the church. This is a similar construction to that of the newer church of St. Titus in Heraklion.
The southern doorframe has a deep relief lintel between marble half-columns with Ionic column capitals, while the northern is a classic one with a pediment top.
The sides of the church are highlighted by corner pilasters with jewelry-shaped stone carvings. Underneath the stone projecting cornice of the church, there are decorative jewelry-shaped stone carvings between the upper windows. The saddleback roof is covered with roof tiles, while the dome is covered with lead. The external stone walls of the church are also interesting.
St. Georgios is the patron saint and protector of Ierapetra, celebrated with great devotion and faith by its people. There are moving stories of St. Georgios being strongly felt, and of the hoofs of his horse clearly heard, while crossing the narrow streets of the old town as an apparition in the past. During Turkish occupation he protected the people from the whims of the Turks with miraculous interventions, and many of the Turks revered and honored him.
The church received its current form in 2000, with the completion of its restoration. 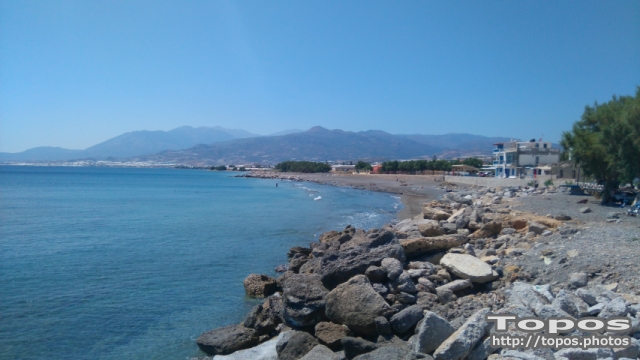 One might think that the red sea or tropical waters are the only places worth diving in the world, yet the Mediterranean sea gathers so many diverse and rich scenes of underwater landscapes and marine life that it offers the lucky spectator an extraordinary feeling of flying in weightless environment with all the colourful marine life around him.

The coastal waters of Crete are probably the most clean of the Mediterranean.

Visibility reaches up to 40m during summer months and water temperature up to 28.C. The three main habitats of Crete’s coastal waters are: rocky (with extraordinary caverns, gorges and caves), eelgrass beds (Posidonia) and sandy underwater beaches.

Crete is an ideal place to learn diving due to the perfect underwater conditions. Its micro life is very rich and the mediterranean species of fish various.

The presence of antiquities make it an unforgettable destination. The greek diving law has evolved recently to let people explore more dive sites. In our area (southeast Crete), all along the coast there are many dive sites with access from the shore (Peristeras, Psaropoula, Kakki Skala, Agia Fotia island, Achlia...).

There are still many underwater places yet unexplored... 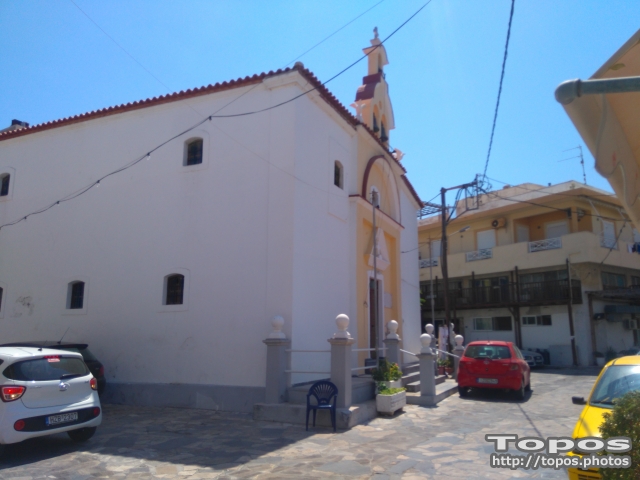 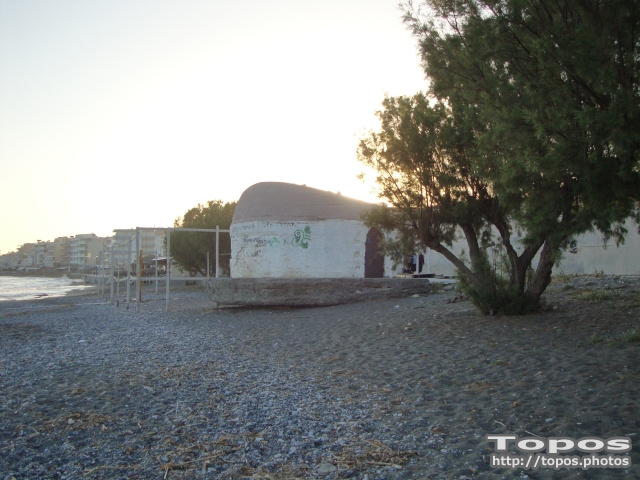 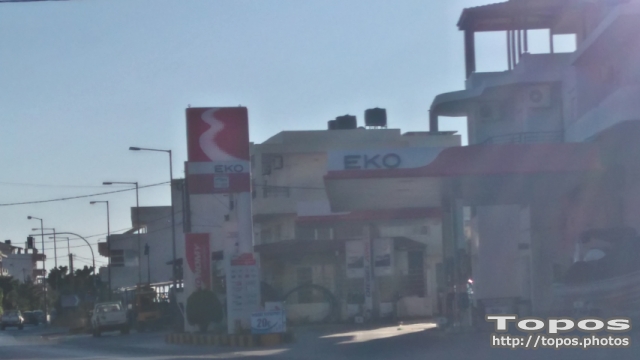 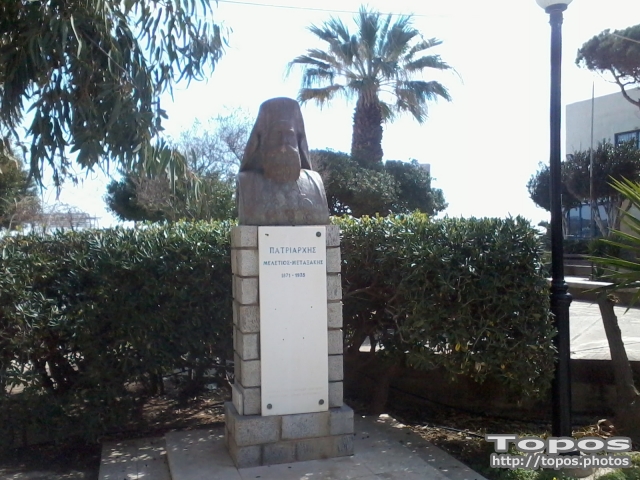