Hersonissos
Top Holiday Resort
If you like to spend your holiday at the beach but as well next to a city with shops, night clubs and a lot of entertainment, you are right at Hersonissos. It is one of the two top tourist location at the Northern coast of Crete...
Limin Hersonisos is located 26 km east of Iraklion on the road to Agios Nikolaos. Near Old Hersonissos there are two picturesque small villages, Piskopiano and Koutouloufari, overlooking the busy town of Limin Hersonissos. These villages, Old Hersonisos, Koutouloufari and Piscopiano, along with the communities of Anissaras, Potamies, Avdou, Gonies and Kera for the unified Hersonissos.

Hersonisos boasts to have a number of sandy beaches all along the coast, while a number of lovely small coves can be found both to the west at the area of Anissaras as well as to the east near Stalis (Stalida). There are several more smaller pebbly beaches past the Lychnostatis Museum, east of Hersonissos. People who like to rest and sunbathe on their holidays can have a good time at Hersonissos, for it not only has beautiful beaches for swimming and snorkeling but a range of watersports too.
There is a variety of modern hotel installations and apartments providing every comfort and suitabilityrange to satisfy every taste. The harbor of Hersonissos is famous for its night life as there are many bars, restaurants and taverns next to the beach. At the neighboring villages a number of small hotels and apartments offer quiet and peaceful environment for family vacation.

The visitor to the area of Hersonissos will find a large number of shops with jewels, furs, clothing etc. and of course many places to rent cars or bikes. Daily cruises are also organized to the neighboring island of Dia and many other small islets and beaches in the area but of course excursions to other places on the island can be made from here as well, or even to other islands.

The port town of Hersonissos (Limin Hersonisos) keeps the name of the ancient city that was located in the place that the harbour of  Limin Hersonisos is today.

Hersonissos is in fact the Greek word meaning 'peninsula'. The city was first built during the Minoan times and experienced great prosperity during the Roman and early Byzantine period. The Roman Hersonissos had wonderful marble waterfalls.  Remnants of this period can be seen today in the area of  Kastri, on a promontory where excavations have revealed an early Christian basilica.

The ancient city of Hersonissos was irrigated by an aqueduct, ruins of which can be found today at Xerokamares, at the village of Potamies.

Byzantine era marks on the city are mostly found on port and at the port 's Akropolis (dominating hill) where a palaiochristianic basilica church is found. Hersonissos followed the rest of Crete in its faith of conquerors in which Venetians and Turks left their mark on the area. The port was called Porto Tigani and sheltered many middle age boats even after the city shrank to a few inhabited houses. Its gradual demise came about from Saracen and other pirates looting the coastal area and cities.

As a result, the city relocated inland on the hilltop but within a small distance to the south of the port. It was built there because people who had a fear of the pirates, sheltered high on the mountain slopes with enough time to react on eminent pirate attacks. Today, it's referred to as Old Hersonissos because the port town was almost abandoned and only evolved into a small fishing village.

Present day Limin Hersonissos didn't see growth until after the 1950's when some interest grew on its tourist hosting capabilities. There have been many excavations taking place that have revealed beautiful mosaics, building remnants and pottery. There is no organized archaeological site but one can admire findings scattered throughout the area. Many more archaeological sites are located in  neighboring Malia and Heraklion.

Some 29 kilometres far from Heraklion City at the East, eastern to the holidays village of Hersonissos or Limenas Hersonissou are situated these coves with sandy beaches, open to the Cretan Sea and affected by the northern winds.

Very well organised, it offers good accommodation and food and drink facilities; facilities for swimming and and sunbathing (sunbeds, umbrellas ) and sea sports are also available. Being close to to Heraklion and to Hersonissos, it gets crowded in summer. 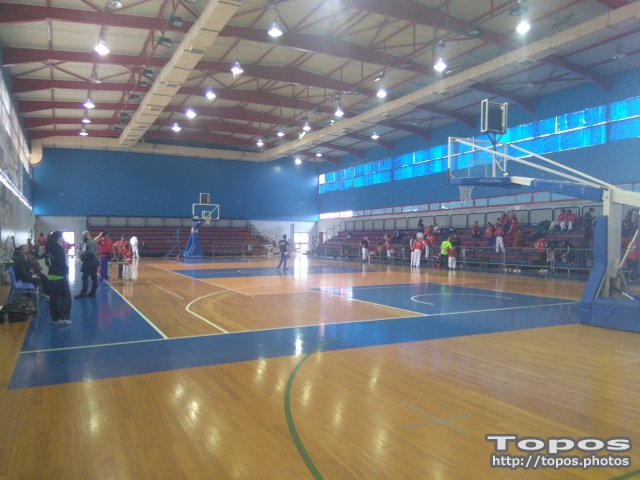