Upload your photos for Koutouloufari and share them with us!
Press here.

Koutouloufari
Appealing pretty village above Hersonissos
Koutouloufari is a very pretty village above the developed and established resort of Hersonissos on the north coast of Crete, 18 miles east of the capital Heraklion and the airport and 23 miles north-west of Agios Nikolaos. Holidays in Koutouloufari appeal to those wanting to enjoy the facilities and nightlife of a bigger resort while staying in a small village atmosphere. Koutouloufari is a charming place set on the hillside above Hersonissos with excellent views of a broad bay and the port. Koutouloufari holidays are set in a village that still looks and feels like a traditional Crete destination. There are pleasant local shops and restaurants with lots of character. Hersonissos is less than a mile down the hill.  Hersonissos is an established busy and cosmopolitan beach and party resort where you will find everything that you might lack in peaceful picturesque Koutouloufari.

When it comes to finding a great location, holidays in Koutouloufari are an inspired choice. It's a fairly traditional hillside village, quite quiet but with plenty of gift shops and tavernas and fantastic views of coast and countryside. And nestled between your resort and the sea is Koutouloufari's USP … Its nearest neighbour is Hersonissos, just at the bottom of the hill. So you're near enough for the very lively nightlife, and far enough to be undisturbed by it.

On Koutouloufari holidays, you can opt to join the throng for a day on the beach, where watersports abound …or chill out by the pool 'back home', with a long cool drink from the bar. You could take the kids to the waterpark for as many thrills and spills as they can handle. Or catch the bus to Knossos for the legend of the Minotaur. And in the evening, as you go down to party in Hersonissos, you'll cross with people coming up for the romance of moonlit dinners in Koutouloufari.

Self-catering holidays in Koutouloufari will please couples and families alike. Get a glimpse of the nice accomodations – intimate little complexes, quietly set at the edge of the village – close to the shops and eateries of the main square. Each has its own pool and great views down to the sea.

Forward plan for summer holidays in your favourite. But if this decision is last minute, holidays to Koutouloufari may well feature in our great late deals.

Hersonissos
Top Holiday Resort
If you like to spend your holiday at the beach but as well next to a city with shops, night clubs and a lot of entertainment, you are right at Hersonissos. It is one of the two top tourist location at the Northern coast of Crete...
Limin Hersonisos is located 26 km east of Iraklion on the road to Agios Nikolaos. Near Old Hersonissos there are two picturesque small villages, Piskopiano and Koutouloufari, overlooking the busy town of Limin Hersonissos. These villages, Old Hersonisos, Koutouloufari and Piscopiano, along with the communities of Anissaras, Potamies, Avdou, Gonies and Kera for the unified Hersonissos.

Hersonisos boasts to have a number of sandy beaches all along the coast, while a number of lovely small coves can be found both to the west at the area of Anissaras as well as to the east near Stalis (Stalida). There are several more smaller pebbly beaches past the Lychnostatis Museum, east of Hersonissos. People who like to rest and sunbathe on their holidays can have a good time at Hersonissos, for it not only has beautiful beaches for swimming and snorkeling but a range of watersports too.
There is a variety of modern hotel installations and apartments providing every comfort and suitabilityrange to satisfy every taste. The harbor of Hersonissos is famous for its night life as there are many bars, restaurants and taverns next to the beach. At the neighboring villages a number of small hotels and apartments offer quiet and peaceful environment for family vacation.

The visitor to the area of Hersonissos will find a large number of shops with jewels, furs, clothing etc. and of course many places to rent cars or bikes. Daily cruises are also organized to the neighboring island of Dia and many other small islets and beaches in the area but of course excursions to other places on the island can be made from here as well, or even to other islands.

The port town of Hersonissos (Limin Hersonisos) keeps the name of the ancient city that was located in the place that the harbour of  Limin Hersonisos is today.

Hersonissos is in fact the Greek word meaning 'peninsula'. The city was first built during the Minoan times and experienced great prosperity during the Roman and early Byzantine period. The Roman Hersonissos had wonderful marble waterfalls.  Remnants of this period can be seen today in the area of  Kastri, on a promontory where excavations have revealed an early Christian basilica.

The ancient city of Hersonissos was irrigated by an aqueduct, ruins of which can be found today at Xerokamares, at the village of Potamies.

Byzantine era marks on the city are mostly found on port and at the port 's Akropolis (dominating hill) where a palaiochristianic basilica church is found. Hersonissos followed the rest of Crete in its faith of conquerors in which Venetians and Turks left their mark on the area. The port was called Porto Tigani and sheltered many middle age boats even after the city shrank to a few inhabited houses. Its gradual demise came about from Saracen and other pirates looting the coastal area and cities.

As a result, the city relocated inland on the hilltop but within a small distance to the south of the port. It was built there because people who had a fear of the pirates, sheltered high on the mountain slopes with enough time to react on eminent pirate attacks. Today, it's referred to as Old Hersonissos because the port town was almost abandoned and only evolved into a small fishing village.

Present day Limin Hersonissos didn't see growth until after the 1950's when some interest grew on its tourist hosting capabilities. There have been many excavations taking place that have revealed beautiful mosaics, building remnants and pottery. There is no organized archaeological site but one can admire findings scattered throughout the area. Many more archaeological sites are located in  neighboring Malia and Heraklion.

Some 29 kilometres far from Heraklion City at the East, eastern to the holidays village of Hersonissos or Limenas Hersonissou are situated these coves with sandy beaches, open to the Cretan Sea and affected by the northern winds.

Very well organised, it offers good accommodation and food and drink facilities; facilities for swimming and and sunbathing (sunbeds, umbrellas ) and sea sports are also available. Being close to to Heraklion and to Hersonissos, it gets crowded in summer. 31 kilometres far from Heraklion at the East, the traditional village of Piskopiano is almost united with the successive village of Koutouloufari. This village of 450 permanent residents has an interesting architecture, as many of the old houses have an arch, a very common architectural feature in the village. It is worth visiting the church of Aghios Ioannis, built in the 16th century, and renovated a few times afterwards, as well as the ruins of the three-aisled basilica of the 6th century; some of the finds of this church are exhibited in the Heraklion Museum. It is also worth seeing the Agricultural Folk Museum, housed in an oil mill of the mid 19th century; the building has been restored and renovated by the Society of Cretan Historic Studies and there are presented professional activities of the past as a traditional oil-mill, a cooper's workshop, a carpenter's workshop, a forge and other traditional activities. The Museum has also a rich collection of various traditional instruments and a good collection of photographs from the early and mid 20th century. Many hotels of all categories, studios and rooms in traditional restored mansions and rooms to let are available for accommodation. You will enjoy food and drink in the restaurants, taverns and traditional cafes of Piskopiano and of the nearby Koutouloufari. And, if you can't miss swimming and sea sports, all the beaches of Chersonissos are waiting for you. Access from Heraklion is very easy, by public bus with frequent service, taxi and rented or private cars and motorbikes.

Piskopiano is a village well known for its spectacular architecture and beauty. If you are quite interested in it, it will be the apt choice for you situated at about 31 kilometers from Heraklion town towards the East. It is a typical traditional village almost united to another tiny village of Koutouloufari. It has around 450 permanent residents dwelling here. The common architectural feature of the town you’ll find is its visibly arched houses built traditionally. When you are in Piskopiano do make a visit to the very famous church of the area, the Church of Agios Ioannis. It is said to have built in 16thcentury and has been timely maintained and renovated by the locals. You’ll be astonished to see the three-aisled basilica of the 6th century. The remains of the church can be seen exhibited in the Heraklion Museum.Another interesting spot to visit in Piskopiano is the Agricultural Folk Museum situated in the oil mill of the mid 19th Century. Today the building is maintained and restored by the Society of Cretan Historic Studies. You’ll have the chance to see the various professional activities presented in the museum as - a traditional oil-mill, a carpenters’ workshop, a coopers’ workshop, a forge and various other traditional activities in Crete. There are various traditional instruments too at the display along with numerous photographs from the early 20th century.Piskopiano, Heraklion, Crete Island in Greece is a tiny village offering great sites and things of beauty to its visitors. You can also visit lovely sandy beaches nearby availing all kinds of water activities and swimming to its visitors. You may just sit and relax at the tranquil and quiet beaches of the area. You can easily reach Piskopiano in Heraklion by public buses running after short intervals. You can also have the service of taxi as well as rented motorbikes to go through the village comfortably.You have abundant accommodation provisions in the village as luxurious hotels, rooms to let and various traditional apartments. You can also book the self catering apartments and small pensions as per your need. Food is also no problem here and you can enjoy the special local dishes at several taverns and cafes in the area. There are various bars, nightclubs and various shops for you to entertain yourself. So, just foot in the great village of situated in Piskopiano, Heraklion in Crete Islands. 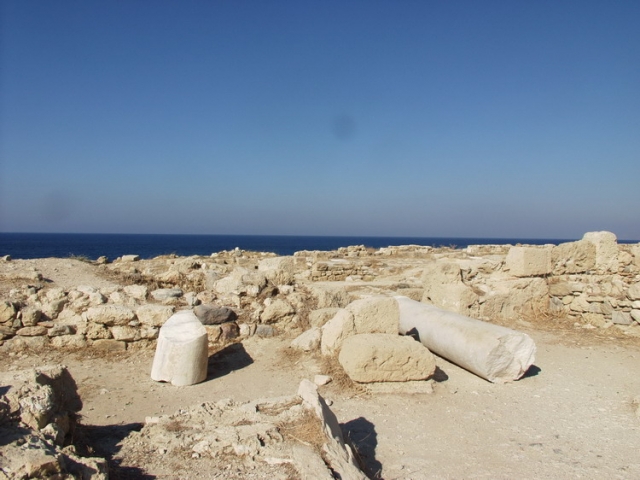