Upload your photos for Agia Paraskevi and share them with us!
Press here. 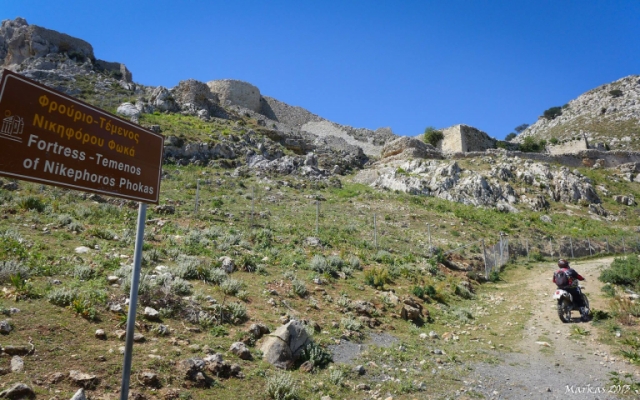 The Landscape of Temenoi: The twin peaks of Roka or Rokka hill dominate the natural landscape of the Municipality of Temenos. The twin peaks "are cut in half like a pomegranate", as the Venetian mechanic Basilicata poetically described them in the 16th century.
The highest peak of Roka is 507m high. The hill Kormos divides the valley between Lykastos and Profitis Elias (Prophet Elias) from the north slopes of Tsaggarakis down to the valley of Aghios Syllas and Foinikia.   South from the settlement of Roukani rises the hill Monodentri, reaching an altitude of 800m. Its north foothills are characterized by oak trees (Quercus Infectoria), which are highly valued in the area. To the east stands the mountain of Youchtas, which belongs to the Municipality of Archanes. The west side of the mountain is home to the Griffon Vulture (gypaetus barbatus), also known as Skara in Crete. Its slopes are filled with olive groves and other fields.The river Giofyros, also known as Diakoniaris, crosses the Municipality and creates fertile valleys with abundant vineyards and olive groves. The river passing through the rocky "gates" of Prophet Elias and Tsaggarakis makes a stupendous natural landscape. The river spills into a waterfall in the natural dam in the site of Platani, which used to provide the old watermills with water.  In the region of Vitsila, near the ancient city of Lykastos, there is a cave known as "stou Diakou ta Kellia" (the cells of Diakos). It is a worship cave of the Minoan period (Paul Faure, Holy Caves of Crete) and was also used as a cell by a monk in the beginning of the 20th century. It is also home to the badger (Meles arcalus), a mammal only found in Crete.The European E4 route crosses the Municipality of Temenos. Starting from Archanes it crosses the settlements of Vathypetrou, Karnari, Aghia Anna, Vitsila (Lykastos), Kanli Kasteli, a side-river of Giofyros and then continues to Venerato. The walking trail is marked with signs and is recorded in every modern map. One can easily walk in the side trails of the route, following the river of Giofyros (gorge), the route behind Roka, and the trails to Roukani, Karkadiotissa, the Monastery of Astratigos and finally to the Monastery of Epanosifis.