Upload your photos for Vamos and share them with us!
Press here.

The administrative centre of the Vamos district in Apokoronou Peninsula, which was first inhabited by Saracen Pirates in the 8th Century. Set on the top of the hill between Souda Bay and the Vrisses valley, there can be great views of Souda Bay and / or the White Mountains.

Many of the traditional village houses have been restored, using local stone and cypress wood, by a village co-operative. The local co-operative also organise cooking lessons and hiking in the surrounding area. The village has many shops, 2 excellent tavernas, kafenion, 2 souvlaki shops, a bank, and 2 petrol stations.

Vamos has the only pine forest in the area and is the ideal starting point for hiking down to the wonderful Agios Giorgos in Karydi Monastery which has beautiful ruins of Venetian arches and an old olvei press. 7 kms from the National Highway, beaches and many amenities in Kalyves, Almyrida, and 4 kms from Vrisses.

Vamos village is located in Chania perfecture, in the west part of Crete. The history of Vamos goes back many centuries. According to historical sources its first inhabitants were Arab pirates around the 8th century. To the general census organized by the Venetians in 1573, Vamos is mentioned as "Vamu" with 271 permanent inhabitants. During the time Greece was under Turkish domination, Vamos was the headquarters of the Turkish army and in 1863 a Pasha named Savas chose Vamos as the Capital of the prefecture of Sfakia. People of Vamos proved to be very patriotic fighting to free themselves from the Turkish domination. The winning battles of 1896 set Vamos free from the Turks. At the time that Vamos was the capital of Sfakia, it met a great development as a region. This development is characterized by the luxurious houses and public building with neo-classic elements. From this time and on, there was a distinction between luxurious and non luxurious houses, a fact that highlights the economical levels of the society, depicting the contrast between the rich that lived in the so called "conakia" and the poor that lived in the "kamarospita" (one room house). Built with local materials such as stone, wood and soil, these houses still impress with their authentically and traditional colour. It is important to mention that until the 19th century architecture was greatly influenced by the Venetian domination. Vamos is a semi- mountain village, 250 meters high above sea level, surrounded by cultivated and wild nature, with 800 inhabitants and very good customer services. There are super markets, bakery, grocery shops, internet cafe, a county court, post-office, bank, telephone company, police station, health centre, two petrol stations. The architectural heritage is well-preserved and Vamos is one of the most attractive traditional destinations of the area: a preserved traditional stone road , the old neighbourhood, well painted Chapels of Virgin Mary (monument of 13th century), and Karidi Monastery 13th-19th, with the most spectacular scenery of an old olive press with 12 arches. 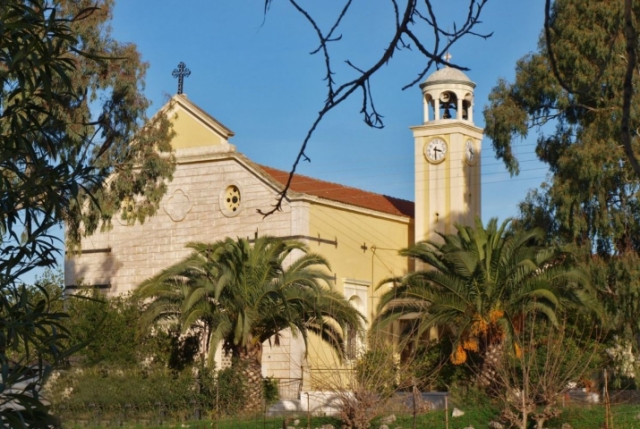 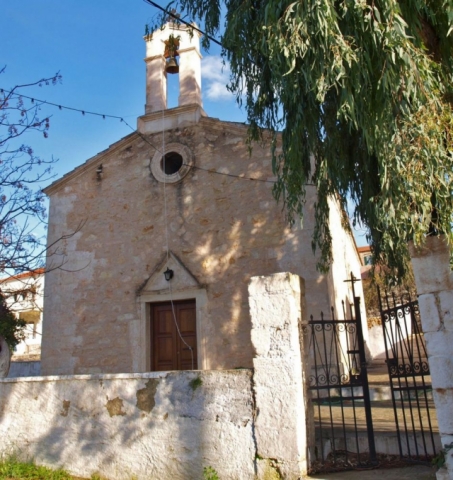 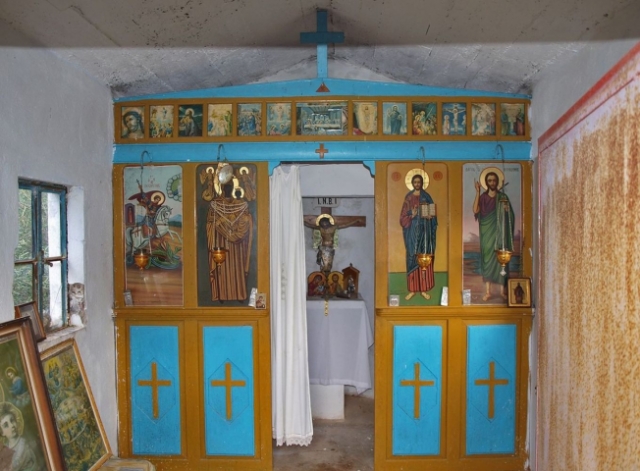