Upload your photos for Sadali and share them with us!
Press here. Extremely ancient settlement 17 kms from Sitia. The old city was spread over three hills and was the capital of the country of Presos which covered a large part of the region. It was built by the Heteocretans in the 12th century BC. Presos became embroiled in conflict first with Itanos and then with Ierapetra who destroyed it completely in the war of 145BC The region of Presos has been inhabited from Neolithic times up to the present day and each era has left its mark. Traces of Neolithic habitation, including Neolithic vases, have been found in the cave at Skales. Minoan remains can be seen scattered around the area. Two significant domed tombs have also been found, unfortunately looted. To the west of the first tomb a whole cemetery was excavated in which it would appear that all burials took place from the founding of the town to its destruction. Many tablets were also found bearing inscriptions in Heteocretan script as well as altars and many other ancient and sacred artefacts. After its destruction the town was never rebuilt.

The important ancient city of the archaeological site Pressos was the homeland of the Eteocretans--the true Cretans. These people withdrew to these three hills, built a city and continued their Minoan culture when the Dorians invaded.

The site was inhabited continually from Neolithic to Hellenistic times. Pressos dominated the east side of Crete, and it had two harbours, one on the north coast--Itia, the site of Sitia--and the other one, Stiles, on the south coast. The excavations have revealed three acropolises, temples, houses, and tombs, but little remain to be seen in the site. From the acropolis, where some ruins still remain, one has a good view of the old harbour of Pressos, Sitia in the distance. Pressos was in continuous struggle with the powerful cities of Itanos and Ierapytna for the control of the Temple of Zeus Dicteos in Palekastro. Although at some point in time it even shared citizenship with Ierapytna, it was destroyed by Ierapytna about 155 B.C. and was never rebuilt. The inhabitants of Pressos left for Itia (Sitia), their harbour on the north coast and established New Pressos there. 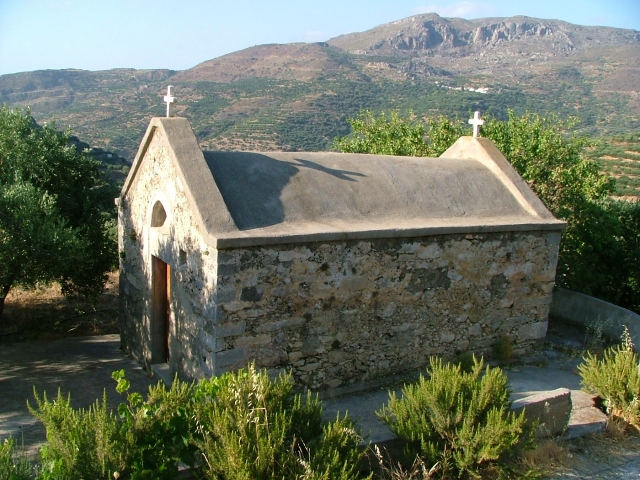