THERMAI KALLITHEA, also variously spelled Thermi, Therma, Thermae and Kalithea, Kalithia or Kallithea, was originally a health spa was built in the Moorish style by the Italians in the 1930s. The dramatic, decayed setting and kitsch architectural features, including domed pavilions and pink marble pillars, make it a favourite venue for fashion photographers. A major restoration has breathed new life into the holiday resort which is approached down an avenue of pines. Palm trees offer shade on a small shingle beach while sun loungers are scattered around a small lido. Buildings are illuminated at night to add a Disney-like glitz to the pseudo oriental atmosphere. A nearby cove is the target of many scuba diving excursions from Rodos and 15 minutes walk away is the beach resort hotel of Aldemar Paradise with various watersports. On the road to Faliraki a left turn down a dirt track leads to several small coves. The sea is deep here so you'll need to be a decent swimmer to get the benefit. Each cove usually has a few sun beds and a beach taverna that often gives the cove its name. A succession of grim hotels on the main road leads to Faliraki beach, a 20-minute walk away.

KOSKINOU and KALLITHEA make up a line of hotels that run south, about 10km out of Rodos. Sun loungers, already heavy with residents of nearby hotels, are swelled each day by visitors from the town. The area is not to be confused with Thermi Kalithea - the revamped former spa that sits on a rocky outcrop to the south. The beaches here are dominated by self-contained, all-inclusive, holiday hotels. They squat side by side along a beach, which although reasonable, is by no means the best on Rhodes. It is mainly sharp sand and pebble, though more patches of good sand can be found as you head south to Thermi Kalithea. There are no hidden coves or quiet bays to be discovered along this shore. This is all-inclusive hotel holiday territory, and it shows.
>> Περισσότερα...
Φωτογραφίες Προσεχώς
Κοσκινού 2437 hits 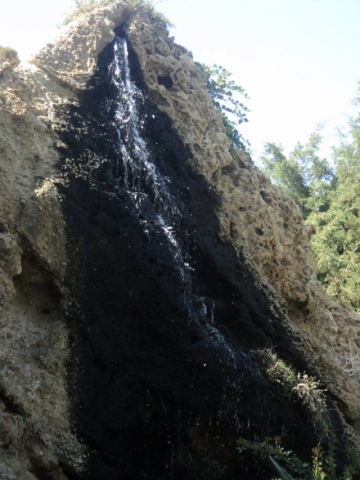