Upload your photos for Toplou Winery and share them with us!
Press here. 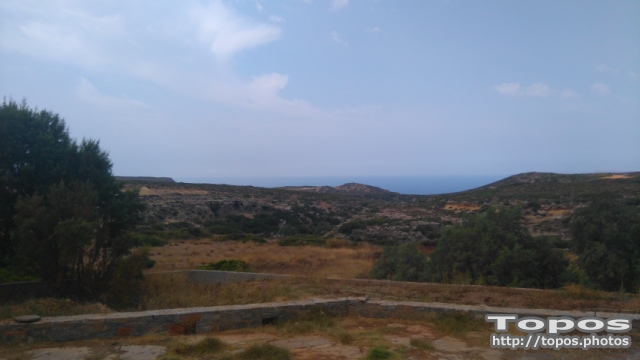 The Canyon of the Monastery of Toplou
Its entrance is in the west of the Monastery of  Toplou. The landscape is astonishing not only because of its flora and the existence of a cluster of the palm tree Theophrastos Phoenix theophrasti, clusters of  locust Ceratonia siliqua, oleander Nerium oleander, shinos Pistacia lentiscus, oleaster Olea europea ssp silvestris, but also its fauna which due to the existence of water in many parts gives shelter to the turtle Mauremis caspica.
The turtle is usually found in the ponds formed within the canyon throughout the year. The geological formations in the canyon are very interesting because they are made up of steep rocks and impressive caves as well as erosional forms called “Tafoni”.
At the end of the canyon to its exit to the sea the landscape changes becoming wilder and unique for the arid environment of East Crete. Although we expect to find water only in the entrance, all of a sudden we see it again in the lakes which are formed in a climax way at the exit of the canyon. It is a rare place with aquatic vegetation, running water all year round and rare reptiles.
The region is called Apoloustres which in the local dialect means small-sized lakes with source water animals drink water from. The journey is cyclical and the journey back goes through the smaller canyon towards the Monastery of  Toplou.
Toplou Monastery gorge is the only gorge that hasn’t developed in alpine unit limestone; instead it is found in Miocene clastic rocks. It is beautiful throughout and worth hiking along its entirety. It is home to the Cretan Date Palm, various impressive kinds of local flora, tafoni formations and springs.
>> More info... 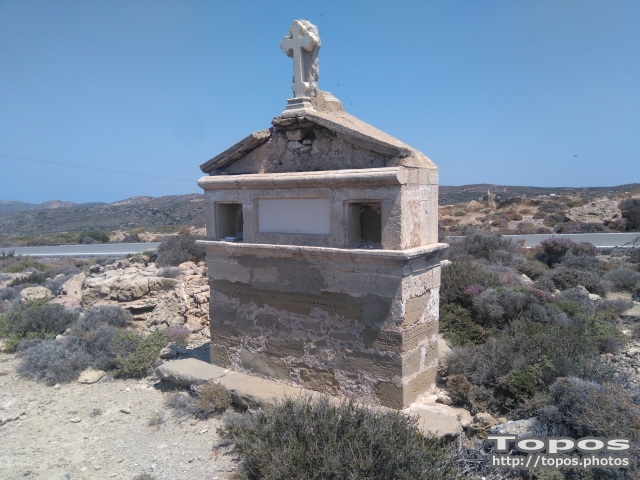 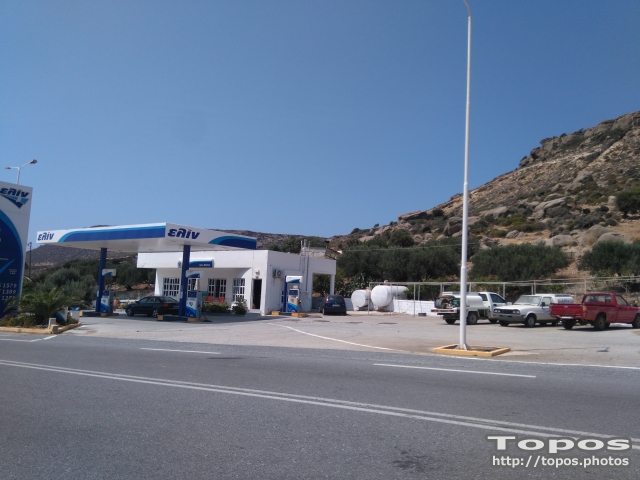 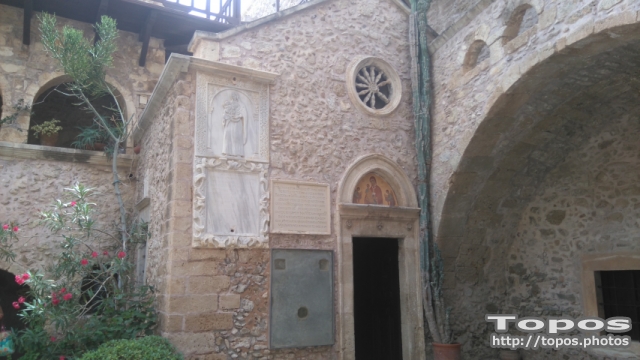 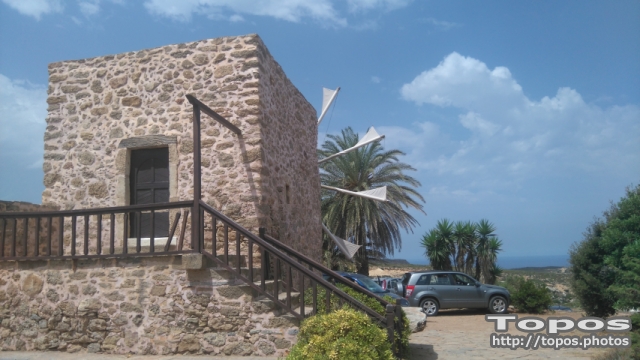 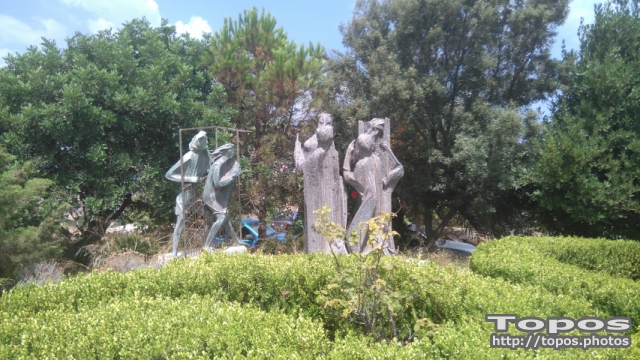 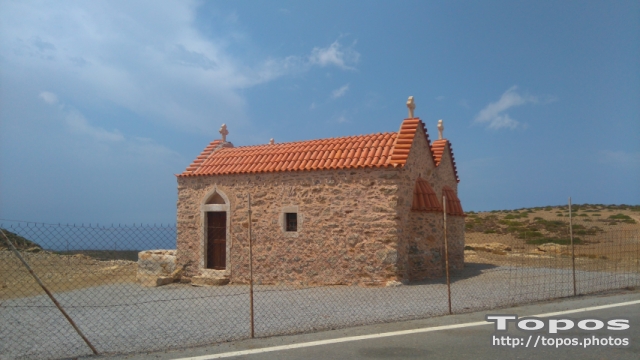 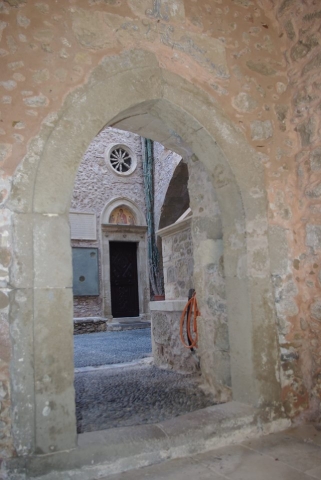 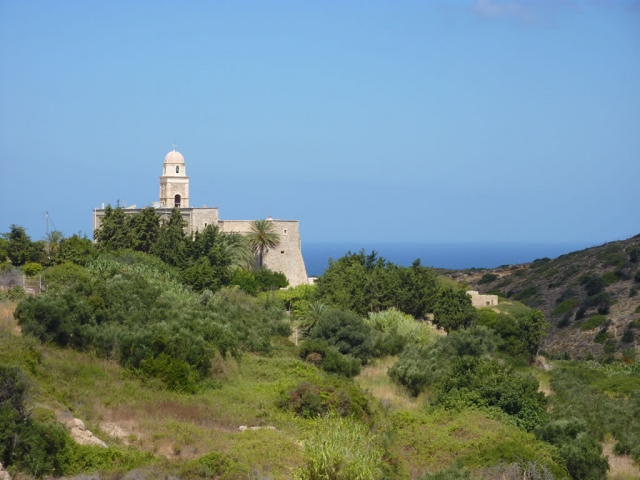 The eastern part of Sitia in Crete is almost a deserted place, but the coastal road going off east of the town is the only one in the area with traffic because it leads to the two popular sights in east Crete - the Toplou Monastery or Moni Toplou and the palm tree forest at Vai which we will be talking on another article. On the coastal road there is not much to see, until you arrive at the historic Toplou Monastery. Be careful as the road is narrow and has many badly-designed bends.The Monastery stands alone in the middle of no-where. It has been built in mid 15th century at a time when pirates and bandits of all nationalities were ravaging Crete and has withstood many attacks and occupations by invading forces. This is partly due to its strategic position. So the monks built a thick and strong 10 m high wall around the monastery complex. The wall has small windows like arrow-holes, a heavy castle gate, and murder holes for pouring out boiling oil onto the heads of attackers. There is also a cannon on the rampart of the door. The Turkish word for a cannon is top, hence the name of the monastery is “Moni Toplou” or “Monastery with a Gun.”The main building of 800 m² has three floors, divided into cells, for guests, kitchens, the abbot’s residence and many warehouses. The bell tower has relief crowns and crosses with inscriptions dating back to 1558. The 13th Ephorate of Byzantine Antiquities carried out works of consolidation and restoration. In the Monastery, there is also an interesting Museum.Despite the strong fortification, the monastery was destroyed twice in his history, once by the Knights of Malta in 1530 and later by the Turks in 1646. Its high walls have been a refuge for rebels, both under the Turkish rule and during the German occupation in World War II. There is a cave nearby the monastery that has been used as a wireless station for the resistance against the Germans. There is a steep dirt road leading to the cave about 500 meters away from the monastery towards Sitia. Most of the monastery’s heirlooms were destroyed by the Turks in 1646, but still it is one of the best preserved and richest monasteries of Crete and there are plenty of things to see in the church and museum rooms surrounding the inner courtyard between the high walls.The monastery in general is dedicated to Panagia Theotokos and its small chapel is dedicated to the Birth of the Virgin Mary. This chapel or katholicon is a two-aisled church, the northern one dedicated to the Virgin, and the southern posterior one to St John the Theologian. It contains a wonderful icon known as “Great Art Thou, O Lord” that depicts sixty-one scenes from the Orthodox liturgy. This icon is the work of the famous icon painter Ioannis Kornaros and dates back to 1770. Another important thing to see is an epigraph of the 2nd century BC, engraved on a stone plaque, which comes from ancient Itanos and contains the first 80 lines of the Treaty of Magnisia signed by the Cretan cities of Itanos and Ierapytna under the arbitration of the Asia Minor city of Magnisia.

This stone was functioning as the altar in the chapel of the monastery’s cemetery, but now it has been enshrined in the external wall of the chapel. Many other very interesting Byzantine icons, handwritten bibles, vestments, manuscripts and many other ecclesiastical artifacts are being displayed in the monastery museum rooms. There are also well preserved wall paintings going back to the 14th century. Today there are very few monks in the monmastery, but the monastery still owns a huge part of the land which is cultivated and brings earnings for the monastery.Some final reminder for visiting monasteries in Greece is the existence of etiquettes regarding the way you are dressed. In most monasteries no shorts are allowed, either for men and women, as well as swimming suits or “hot” mini skirts. If they think that you are not dressed decently, they will not allow you to enter the monastery, so be prepared for this. However in many monasteries there are simple clothes you can wear and visit the inside. Also in many monasteries with important icons and wall paintings taking photographs is not allowed. 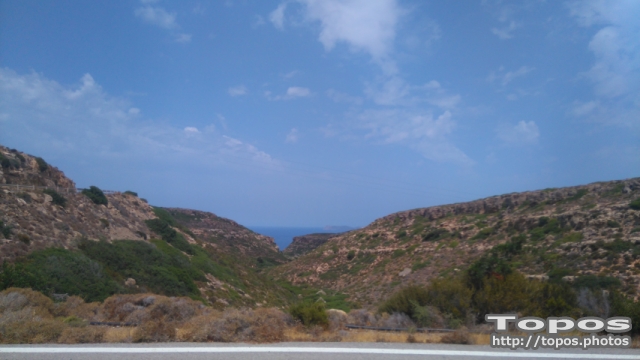