Upload your photos for Chiona and share them with us!
Press here. 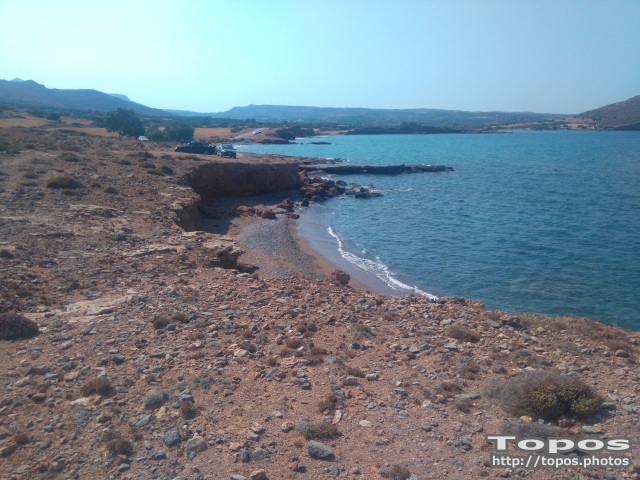 Elia Studios’ complex of 6 studios – apartments (about 26-28m2 each one) is located on a quiet slope of a hill at the edge of the traditional settlement of Agathias, east Crete at Palekastro area.

Their exceptional position gives them superb views to the sea, the village and surrounding mountains.

The dictance from Heraklion Airport is 150km and from Sitia 20, Agios Nikolaos 85km.

At the Peak of Petsofas Hill to the east of Palekastro is the Minoan Peak Temple by the same name.

Petsofas is the archaeological site of a Minoan peak sanctuary  in Palekastro, Sitia region in eastern Crete. Among the ubiquitous human and animal figurines found in peak sanctuaries, Petsofas uniquely has clay figurines of weasels and tortoises. At the northernmost edge of the eastern coast of Crete lie the ruins of a settlement which flourished during the Late Minoan period (1550-1220 B.C.). At the same site, however, are preserved remains of the Early and Middle Minoan periods (3000-1550 B.C.), mostly cemeteries with well-built ossuaries, and ruins of spacious houses. The site ceased to be inhabited at the same time when Zakros was abandoned (1450 B.C.) but was reoccupied during the Late Minoan III period (1300-1200 B.C.). The city covered a total area of more than 50,000 sq.m., was densely inhabited but not fortified.

To the NE of one of the city's sectors lies the sanctuary of Diktaian Zeus, which belonged administratively to the city of Itanos. Cult practice was continuous from the Geometric period (8th century B.C.) until the Roman conquest. It seems that the sanctuary was plundered and destroyed by fanatic Christians at the end of the 4th century A.D.

Is was a location between Itanos and Praisos (or Pressos). In inscription that was found at Itanos and is referred to 58-57 BC, near Diktaion Andron, cites the city.

Stefanos Byzantios says: “Dragmos. It is city of Crete. As Xenion says in his book “The Cretan Issues”, the national adjective is Dragmios or Dragmites.”

The area where Dragmos located seems to be completely inviolated the settlement is on the coast-side plain of Rousolakkos. The city was 30000 square metres. It was the second larger city (after Knossos) in Crete.

Cemeteries and single tombs have been discovered in the surrounding area; at Sarandari, Aspa, Patima, Petsofa and Kastri hills, near the villages Agathia, Agia Triada and Agios Antonios. A shrine has been discovered on the top of Petsofa hill. In the north, there was also a cavern. Kastri hill and the cape were the acropolis of the city. The gravel-stone pits were at Skaria location. Gravel was very common building material. Thewhich was constructed in Old palaces period, was linking the city with many other Minoan centres. In the end of the Old palaces period, the city was destructed and reconstructed. The reconstructed city was very well organised, in the Mid-minoan IIIB/ Postminoan IA period.

The Neopalatial city is a very characteristic example of Minoan urban design of large roads and blocks. In the Postminoan IA phase, the city was destroyed by earthquake. This earthquake might be part of the Thera volcano upheaval in 1628 BC. The city was again reconstructed after the fire disaster in 1500 BC.

However, the area was dedicated to Diktaian Zeus. There was also built the temple of Zeus, in the geometric, over the Minoan buildings of block X. In the Roman period, the cult of Zeus revived. At the position of the temple, there has been found inscription with “The hymn to the Diktaian Zeus”. Naked shield-holders young men, who were imitating Kourites, sang the hymn. The tablet is inscribed in both sides. The text of both sides is the same with some tiny differences. The scholars believe that the scrivener made some mistakes and thus he rewrote the text on the other side. The context of the text is invocation to Diktaian Zeus who visits mount Dikte with the Kourites every year. They glorify the goods and the omnipotence of Zeus and they invocate him to bring them happiness, fertility to their land and protect the army and the navy.

It is believed that the cult in the temple was not mystic and the artefacts testify that the cult was continuous from the Geometric period to the Roman dominion. According to the excavation information, the Christians of late 4th century AD, destroyed the temple due to their fanaticism against the paganistic religion.

There have been found very few artefacts: ornamental edge tile of Medusa, terracotta tables with representation of warrior-charioteer and a dog, four bronze shields, tripods, cups, idols and armour models. Outside the temple, there was found a shrine. This ancient city, like Arkadia, Kantanos, Elyros, Inatos and Olous, were places where foreigners could settle. It is assumed this city was Dreros.

The British Archaeological School at Athens excavated Paleokastro (perhaps Dragmos). In the first excavations period (1902-1908), the British archaeologists unearthed the high street, large houses in the city centre, the temple of Diktaian Zeus, cemeteries and other houses in the outskirts of the city and on top of Petsofa hill. The precinct, the altar, and other architectonic parts of the temple have been excavated. The altar was covered with ash. There were also found slates from the roof of the temple, with martial chariots, a terracotta lion, which testifies the cult of Rhea, and the “Hymn to Cretogenes (of Cretan birth) Zeus”, inscribed on table that was smashed into pieces by the Christians. In the second excavation period (1962-1963), block N and Minoan relics at Kastri were excavated. In the third excavations period (since 1986) some buildings of the northern part of the city were cleaned. In 1983, the area was studied topographically and magnetically.

The Greek Archaeological Office excavated the area in the period 1971-1972. The Greek archaeologists unearthed one incinerator, two houses in the eastern part of the city and more objects from Petsofa. In more recent excavations (1987-1990), English archaeologists discovered pieces of half metre statue made of gold and ivory. The statue is known as The Kouros of Paleokastro and is exhibited at Museum of Sitia. In the 2nd World War, the German bombs ruined the archaeological area. In addition, in the same war, Joseph Borsari, Italian infantry captain of Sienna division, destroyed the ancient city totally and on purpose (August 1942). He forced the peasants to remove all the stones from the ruins. 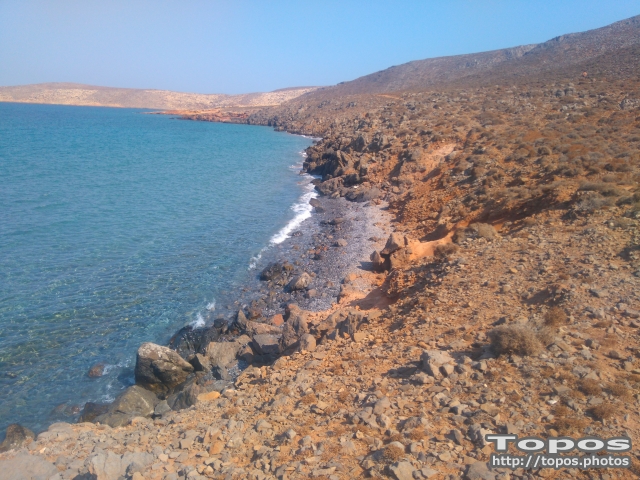 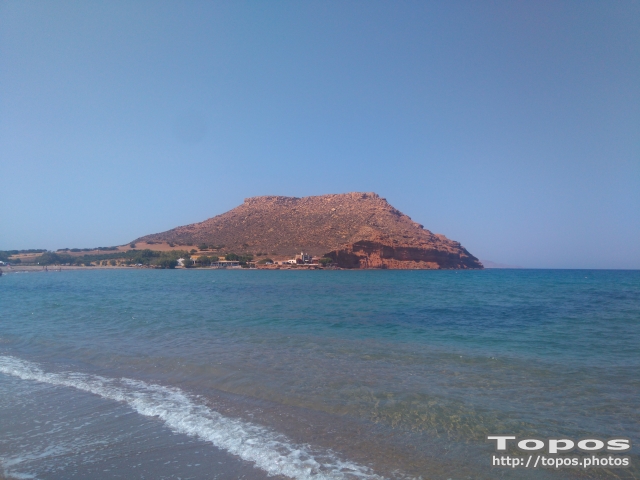 East of Palaiokastro at the easternmost coast of Crete, in the region of Sitia, rises the steep hill “Kastri”, which separates the beaches of Kouremenos and Chiona. The castle was called Paleo Castro (Old Castle) by the Venetians. Its name was “Rizokastro” before.
Here, the Venetians built a fortress, probably on the ruins of a preexisting Minoan fort and certainly on an existing Byzantine castle.The fort was abandoned early, before the conquest of Crete by the Ottomans in the 17th century. In 1668, the Turkish traveler Evliya Çelebi reported that it was already ruined. Today almost nothing remains of the fort.
>> More info... 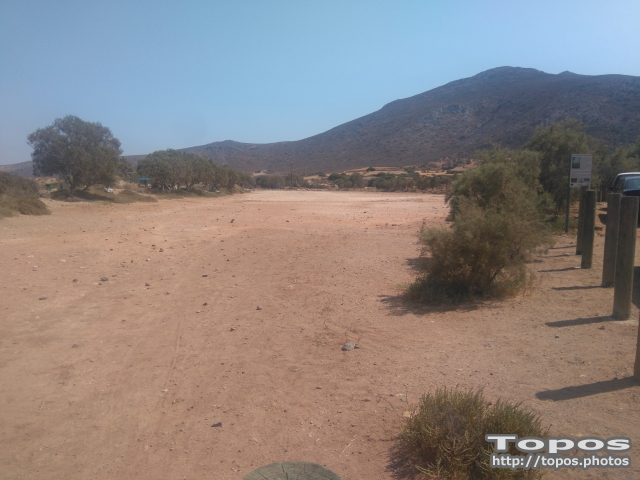 On the coastal zone of Chiona beach in Palekastro there is a minor salt marsh, which composes a small seawater lake behind the beach, with significant aquatic ecosystems.

Natural coastal wetland. It is a seasonal salt pond with sandy substrate which receives fresh water from the surface runoff and the water table. Salty water enters the wetland through the winter wave from a communication channel in the southeastern part. One sandy forehead seperates the flooded area from the beach and the sea, trapping the water in the pond during the winter months.

Loocated within the limits of a NATURA zone.

Chiona's wetland has significant ornithological importance as a rest area for the migratory birds. A big number of birds has been observed in the area during the winter and the springs months

Windsurfing
Windsurfing is a world renowned sport in Kouremenos Bay, within Sitia Natural Park. Every year, hundreds of visitors from around the world meet here to practise and compete at their favourite sport, since Kouremenos Bay combines strong favourable winds, with the absence of strong waves and offers ideal conditions for windsurfing.
Kouremenos beach. Unspoilt by mass tourism, still offers deserted places, idyllic villages and cosy tavernas. What makes this area so attractive is its pristine, authentic atmosphere.

Come to Palekastro in summer and you will find everything your windsurfer’s heart could possibly desire – especially if you have been infected with the surfer virus for some time. East Crete area stands for strong winds.

The meltemi blasts in from the north between the hills, with forces of 7 – 8 no rare occasion in summer. Kouremenos has the position, where the meltemi is at its most reliable and strongest. Around Palekastro, the Meltemi wind increases its power through the local thermal and a funneling effect that gives the ground wind an additional 2 Beaufort. This makes Kouremenos Bay one of the most wind-certain spots in the whole of Europe. This is also why the largest wind farms in Greece are in the surrounding area of Palekastro.The Municipality of Itanos placed some showers along the beach.

The beach here is mostly sandy with a few small pebbles dotted around, there is no need for booties here. The water is super flat but a small wind shadow directly off the beach is good for non-windsurfing spectators! The secluded bay offers a huge space which is frequented exclusively by windsufers.

Kouremenos Bay offers perfect flat-water conditions near the shore, with great bump and jump conditions further out . This location is perfect for slalom and freestylers alike, and great for the progressive intermediates cracking their first gybes or chop hops.

The Area of Palekastro lies approximately 2,5 hours by car from Heraklion airport on the far North Easterly point of Crete. The drive takes you through some stunning scenery along the Northern coast line with the most dramatic views through the winding roads of Eastern Crete. The drive is rewarded by a part of Crete that is devoid of mass tourism, some would say this is the Greece of 20 year ago.

We feel that Crete is an ideal location for intermediate to advanced sailors that like to blast on the very flat water and strong wind conditions. Beginners are also catered for but this is a strong wind spot so learning time can be limited.


Of course, Palekastro has more to offer. If you feel likehaving a day off or there is not enough wind for windsurfing, you don’t need to be worried about being bored. Round-trips in rental cars can also be recommended.

Recently the cost of board transporting has been lowered sufficiently. Today it is very easy and cheap for you to have your own board at your holidays resort. This is what we recommend unreservedly. The car rental companies can provide to you a car with roof racks for the transportation of your board in incomparable prices at Iraklio airport. 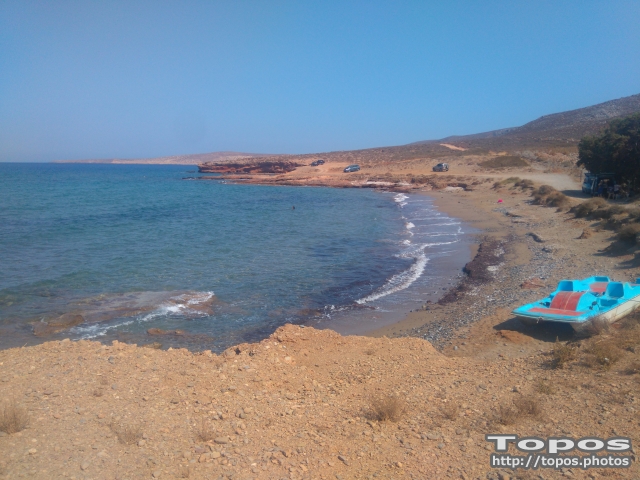 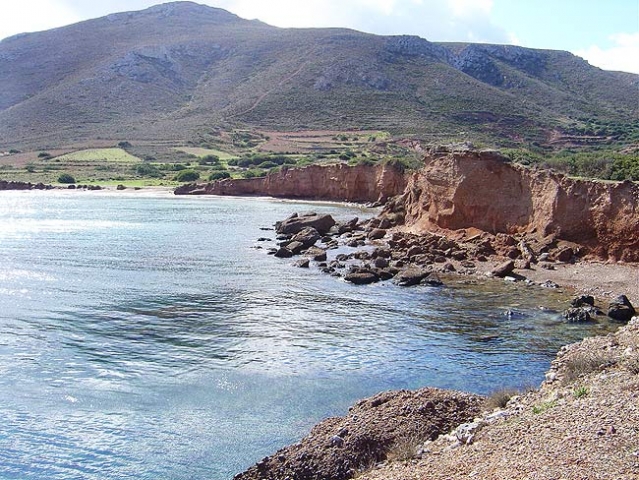 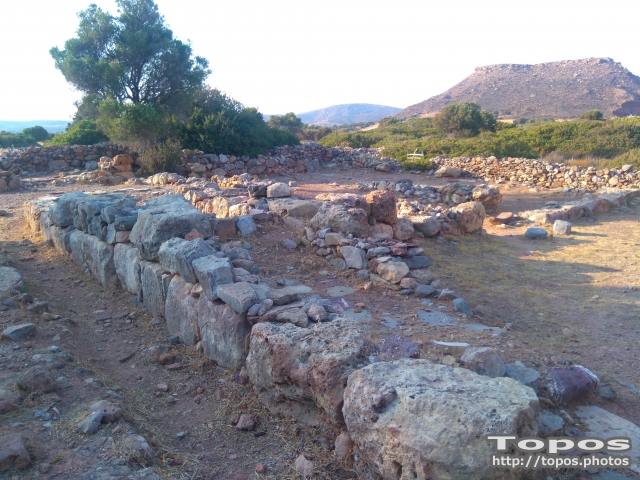 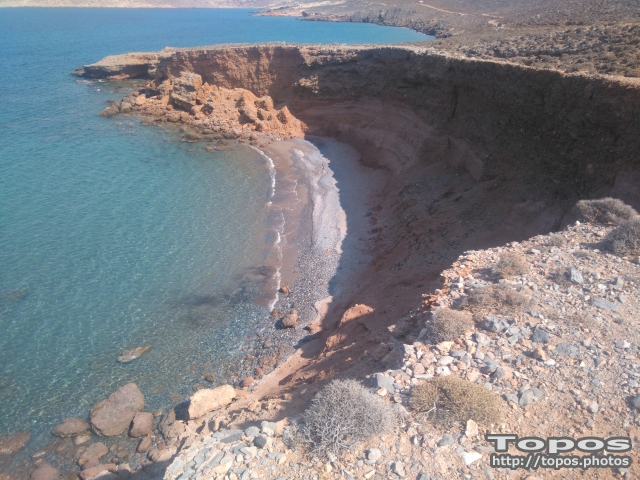 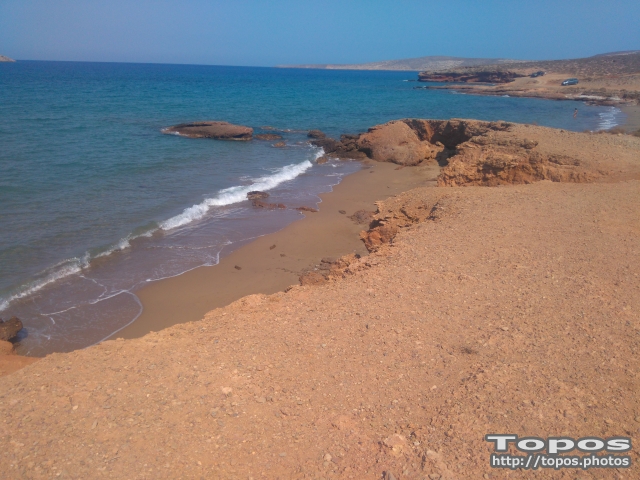 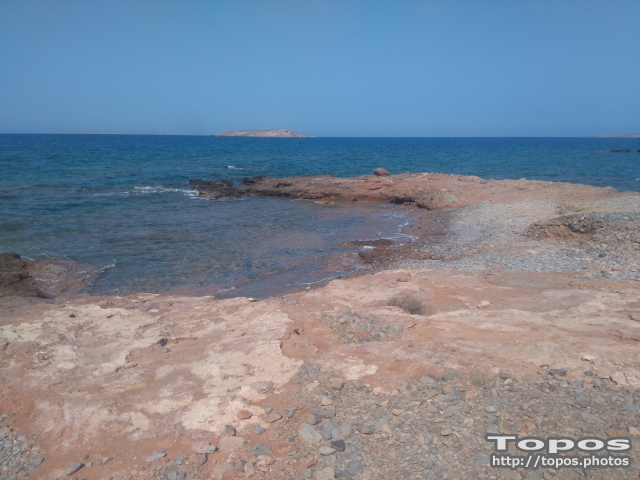