Upload your photos for church - cemetary and share them with us!
Press here. 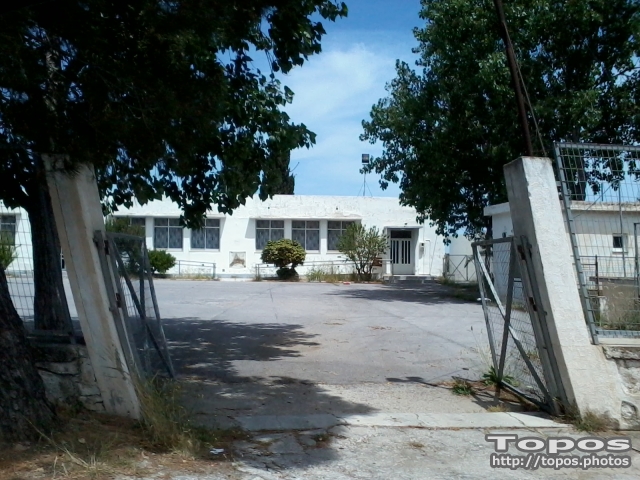 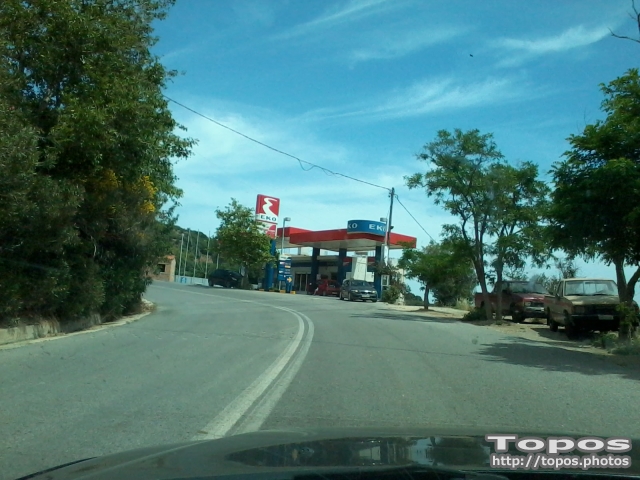 Mesa and Exo Muliana: There are a number of possibilities for the etymology of the name. One suggestion is that it is derived from the verb "moulono": bend or stoop, indicating that the location is lowin comparison with the surrounding mountains. The second view is that it comes from the Venetian word "mulo" : a mule, or thirdly it could be a corruption of the word «maglinos», a dialect word meaning «tall and slender» which is used to describe the main icon of Agios Georgios (the patron saint of the village Exo Mouliana), which is the church of the village Exo Mouliana. Mesa Mouliana is a little further on than Εxo Mouliana, being 19 km from Sitia on the way to Agios Nikolaos. In the Venetian census of 1583 it is listed as Messa Mugliana with a population of 458. The hamlet of Kalavros is also part of this community.

This is an area of considerable archaeological interest from which there have been many finds. In 1903 Stephanos Xanthoudides excavated two tholos tombs of the Late Μinoan period at Sellades and subsequently tombs of the Protogeometric period. In the first were found both cremation and interment burials, which is characteristic of the priod.

Among the finds were a gold mask, a false-neck amphora (stirrup jar), vessels of pottery and of bronze, a sword and a bronze buckle. A very important find was a Protogeometric bell-krateron one side of which is depicted a huntsman pursuing two "agrimia",wild goats, and on the other side is the earliest representation found in Crete of a man on horseback. 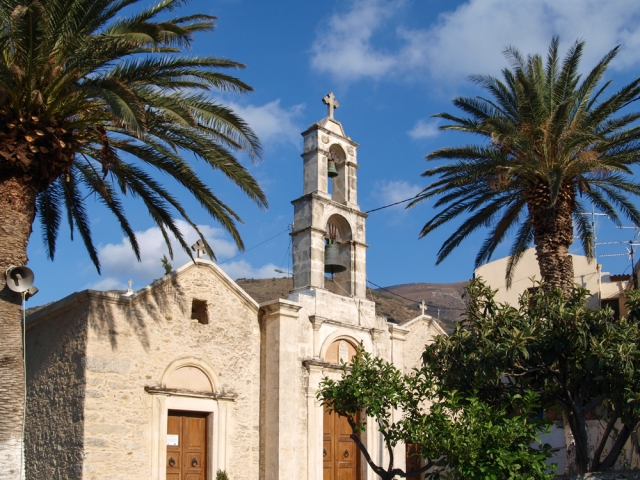 The original three-aisled church, dedicated to St. John, the All-Holy Virgin and the Holy Trinity is the result of three successive interpolations to a single-nave, domed church of the middle Byzantine period. The church was expanded in the period of Venetian occupation with the addition of the south aisle, dedicated today to St. Charalambos. The two existing aisles were extended to the west in the 19th century and the north aisle was added at the same time, dedicated to the Holy Trinity. Three new doorframes were opened on the west side of the church, one for each aisle, of which the central one was formed monumentally being the base for the twin-lobed, tall, belfry. The church preserves wall painting decoration in its interior only in the apse of the sanctuary, which probably dates to the 14th century. The Deesis is depicted on the semi-dome of the apse and, on the semi-circle, five hierarchs with multi-cross chasubles who hold closed Gospels as well as St. Jacob, in the north corner, who appears to be accompanying the hierarchs, turned facing right, wearing the garment of an apostle and not of a hierarch as we find him in corresponding representations. 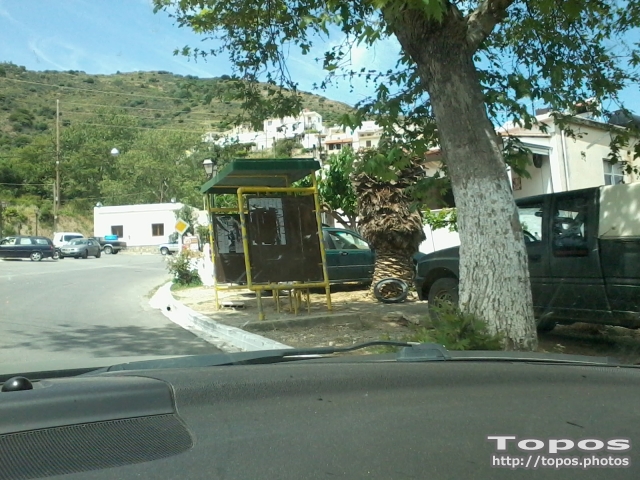