Upload your photos for Kids Park and share them with us!
Press here. 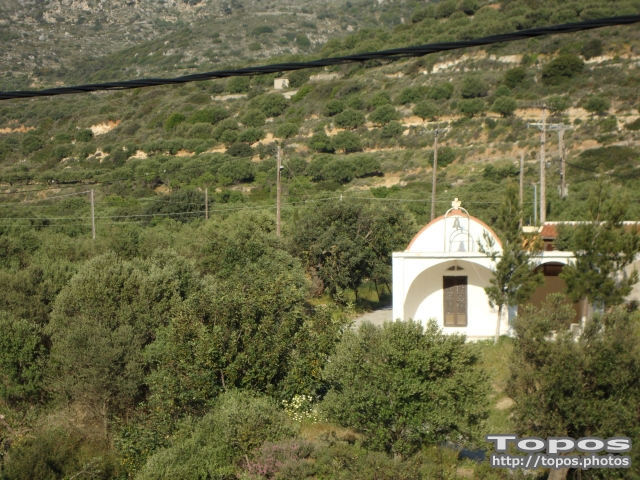 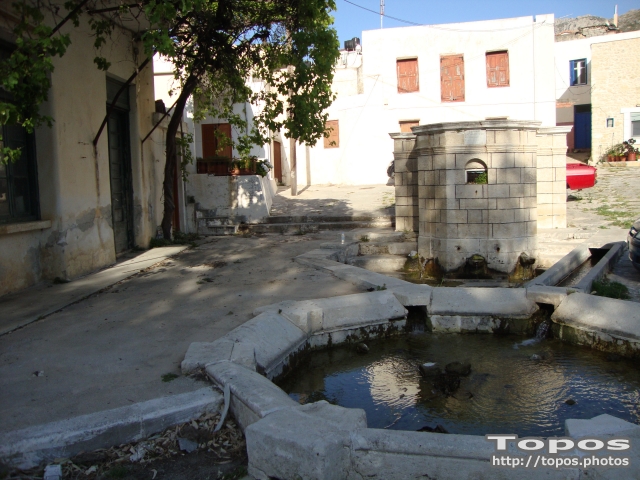 In a hub on the narrowest point of Crete lies the community of Down Village, which includes besides the homonymous village, the diocese, the upper Village, Papadiana and captivating Thripti over lasithiotika. Their strategic position in combination with the climate, abundant water, and thus highly productive soils, testify to the reasons why the area has been inhabited since the Neolithic era, over seven thousand back in the past.

A Clay figurine whose age is estimated between seven and eight thousand years, great find Neolithic mikroplastikis shows the history and the importance of the settlement of the lower Village. In the past decades was one of the richest villages of ierapetra while just seven kilometres that separate from the city led many to characterize it as an ideal suburb.

Gathering place of the villagers, features large square, with its huge Sycamores, eucalyptus, pines, and of course the taverns.

Temple Metamorfoseos Sotiros in place Mansions, built in 1831, and has great carved wooden temples of different styles.
The Church of the Holy Trinity on the South end of the village, single-Aisled, rhythm Basilica, built in the late 17th century. It has a wonderful carved iconostasis, despotic throne and shrine of the 19th century.
The Church of the assumption of Virgin Mary, majestic three-aisled Church, rhythm Royal with dome. Kept there old icons and religious books.
The chapel of Prophet Elias dominates throughout the area, built on a hill above from the village, with views of both seas 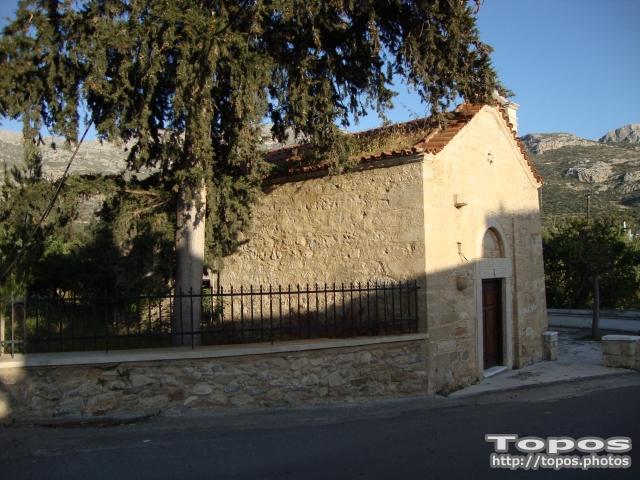 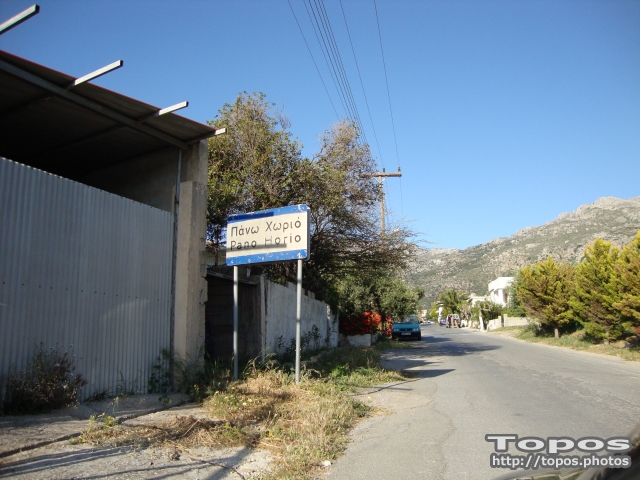 1 km from the Kato chorio, the birthplace of the poet-writer Nikos Strataki.

O Church of Ag. Annis to Thripti in a gorgeous pine landscape. Frescos, built in the late 14th century.
The sources Kefalobrysioy, just above the village, with running waters and lush greenery. 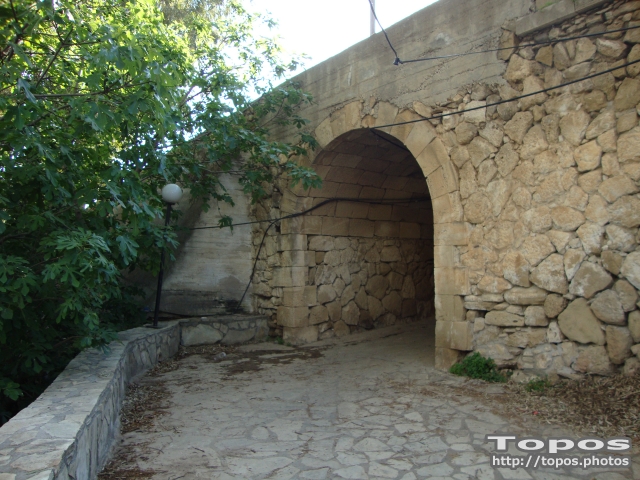 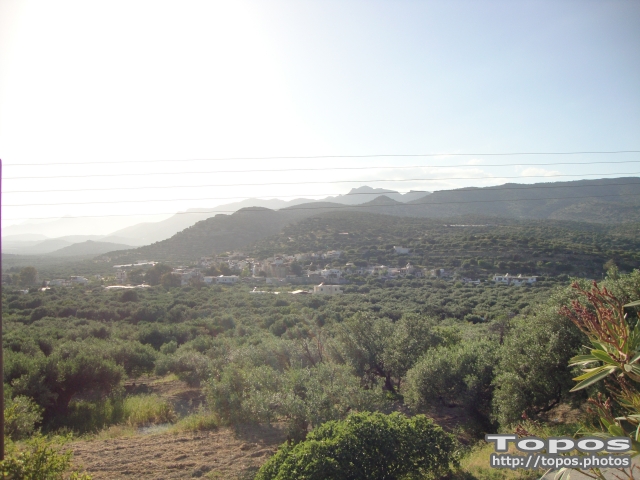 7 km from ierapetra and toward the path of Pachia Ammos inside the road lies the village Episkopi.

There the seat of Bishop (Episkopos in Greek) , and took the name, and therein lies one of the most special temples in the whole of Crete. Built in the 11th century, probably by Nicephorus Phocas, the Byzantine Church of Agios Georgios Charalambous, is a religious, historic, but also architectural monument of rare beauty.

The murals inside have not survived but the ornate colorful wooden temple with two dragons on the edges, impresses.
Episkopi, has been inhabited for thousands of years, and is a place of great archaeological finds, which are exhibited in the archaeological collection of Ierapetra. The famous sarcophagus, with its impressive decoration is one of the most important and best preserved ruins of the Mycenaean era.

The Tower ' Koules ', built in 1868 by Hussein Pasha Ayni.
The Church of Panagia Eftatroylis in the Centre of the village, a large domed Basilica, built in 1900 with hewn stone.
The Church of Agios Georgios and Agios Charalambos Church, two Aisled Byzantine church dating back to the 11th century, is built with stones River and the gaps between them filled with shells and pieces of bricks.
The village square, beneath the rich shade trees, where one can taste amazing delicacies with raki. 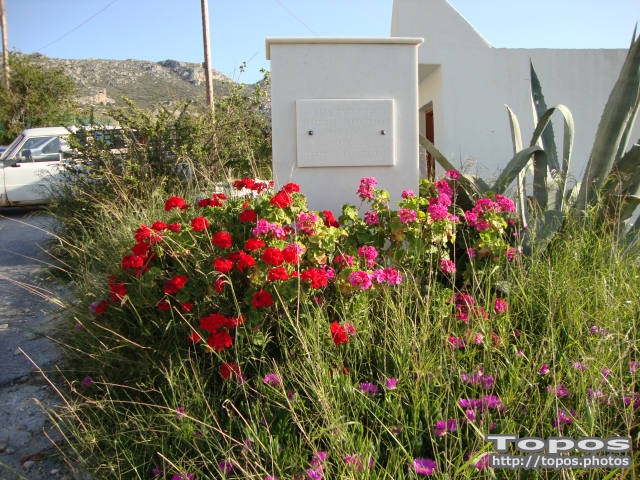 1 km over the upper Village, built amphitheatrically with spectacular views.

The Church of St. George, built in 1805. Believed to be miraculous and the inhabitants tell that saved them many years ago by the plague epidemic that had hit the entire surrounding area. 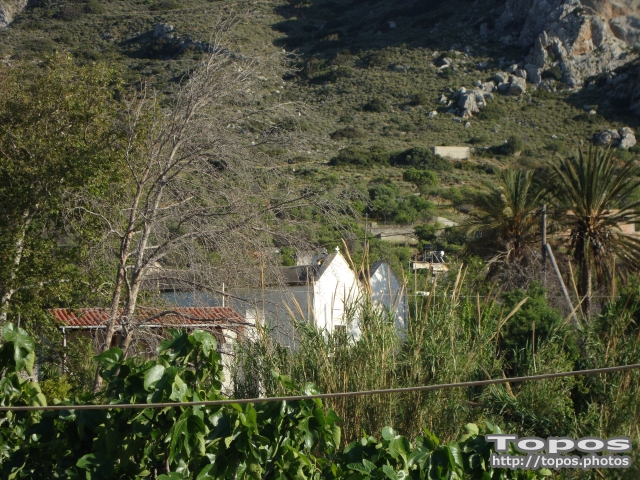 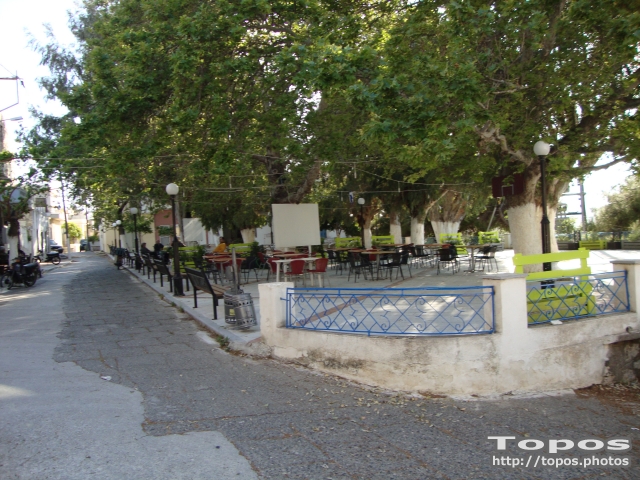 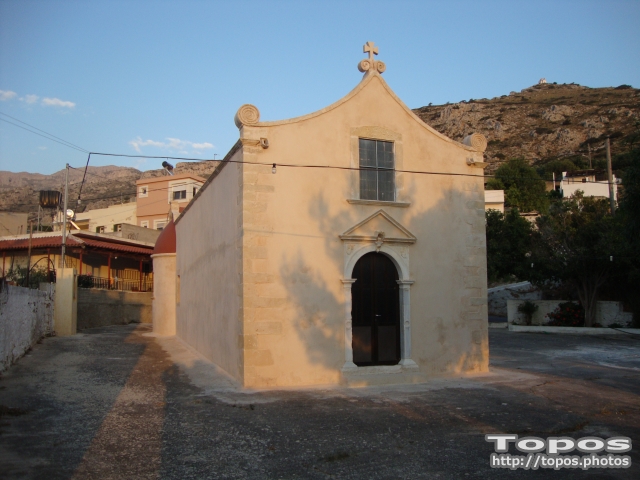 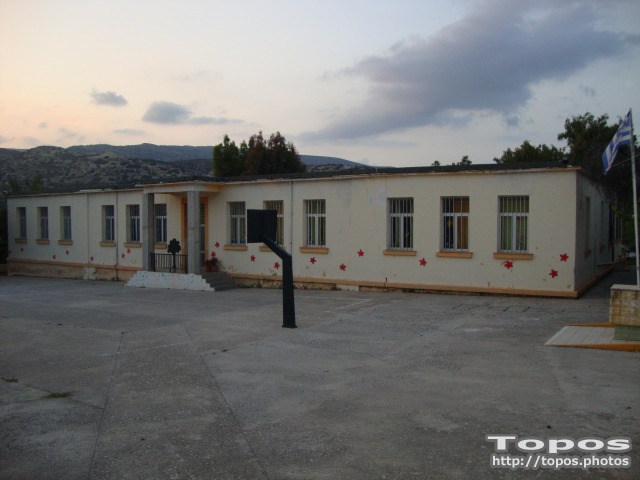 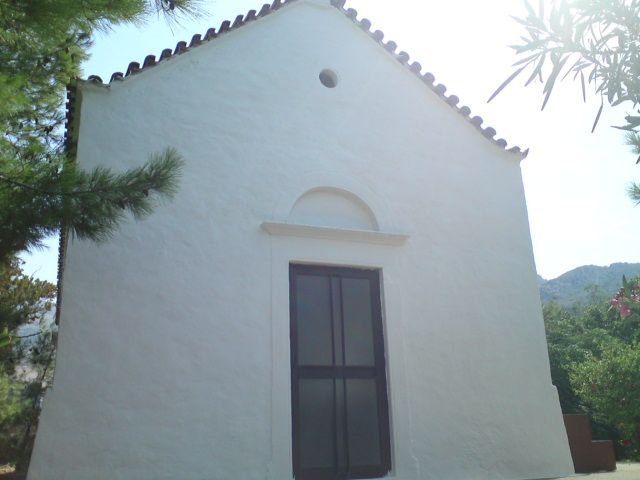