Upload your photos for Rhodes Town and share them with us!
Press here.

Renowned for its archaeological treasures RHODES city or RODOS sits on the northern tip of the island with sea on three sides. It's really three cities in one. The first is the modern city - a monumental heap of concrete which, but for some nice Italian buildings, verges on the bad to awful. The second is the medieval walled city - a national treasure given World Heritage Status by UNESCO and slowly turning itself over to an outdoor holiday shopping mall. The third is the ancient city - now well buried by centuries of development and best viewed in the city's Archaeological Museum. Rhodes beach is shingle and sand with little in the way of charm despite the setting and the sunshine. Backed by tower block holiday hotels and bizarrely shaped luxury conference centres it has a sort of regimented misery that belies its lovely location. The beach is usually very windy and the sea can get very rough. Stones, rocks and pebbles are sometimes flecked with oil from passing ships and there is a steep drop into the sea, so it's unsuitable for children. Expect to pay top prices in bars and tavernas. 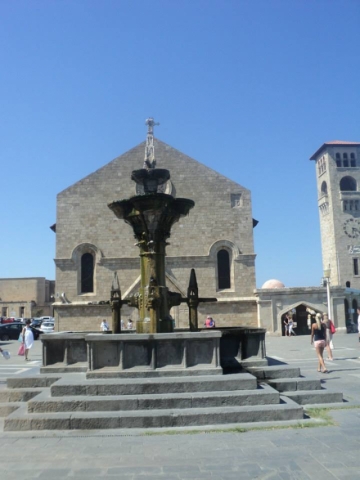 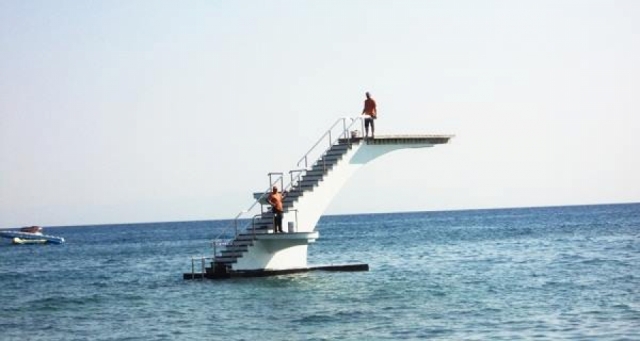 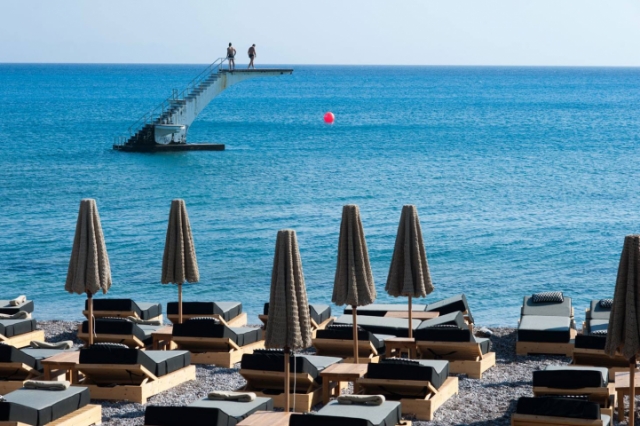