Upload your photos for Gas Station and share them with us!
Press here.

The beach of the homonymous village is 2 km east of the tourist resort of Kokkini Hani and some 17 km east of Heraklion city. It is a well organized, sandy beach affected by the north winds. The short distance of 1 km from the beaches of Gouves to the east and Kokkini Hani to the west, provide good alternatives for swimming.

Gournes Beach: The promenade beach-front tourists can find sandy beach coves, the local tavernas and hotel owners provide beach sunbeds and parasols and provide food and drinks service right on the breach. The long sandy beach of the old base is particularly inviting, that also hosts the Municipality beach, which has a catering service and beach lift guard.

Note in Gournes the largest  beach  fronted Hotel Xenia, the Government hotel management school. This is the only beach, which is supported with a life-guard service.Gournes is a family orientated resort but still has plenty of varied entertainments to cater for all ages from quite beach tavernas, to lively bars in resort. The resort hosts many bars, tavernas and shops. All within walking distance for the main hotels and apartments. 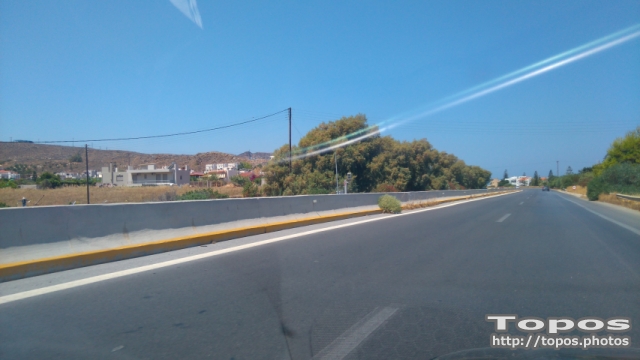 Dinosauria Park or else, the World of Dinosaurs, is located near Gournes, just 15 kilometers east of Heraklion.

The idea was first hosted in DEKK (International Exhibition Center of Crete) situated just a few meters from where it's current location (2013).

In 2014 the exhibits were transferred to the new site, where it is still located.

The area houses numerous species of dinosaurs, as well as the General dinosaurs hospital where they friends of dinosaurs to see a dinosaur hatches and begins his life. There are also spaces for creative involvement of our young friends.