Upload your photos for Meletios Metaxakis and share them with us!
Press here. 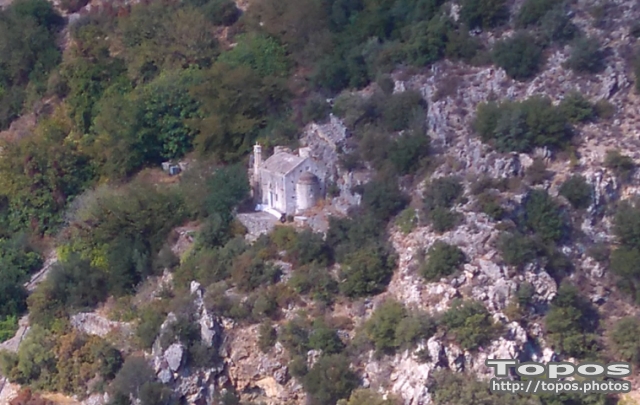 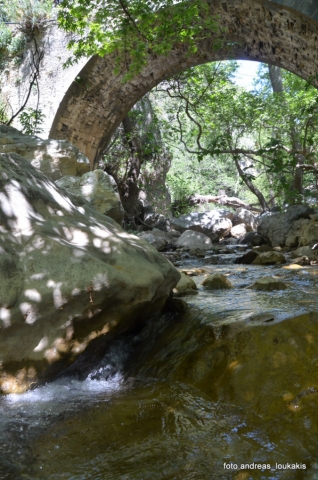 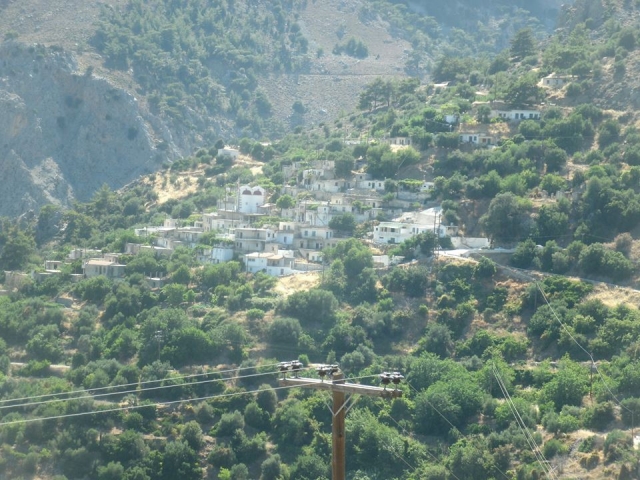 At a mountainous, precipitous site, in the west mountain slopes of Dikti, at an altitude of 550 m, at 2 km from the village Malles, is built the village Christos.
According to the tradition, its first settlers would see every night at the spot where the village now stands a light, they went there, discovered an icon of the Christ hidden in the bushes, they settled there and named the village Christos (Christ).
To its every visitor, the village causes feelings of admiration about how man, armed with his faith in God, can live, prosper, take roots in a place which is almost hanging in mid-air.
It is a beautiful, verdurous village, with many running waters, traditional, unchanged by time, with narrow sloping cobbled alleys, most of the residents of which have “emigrated” to Xerokampos of Ierapetra, working in early vegetables.

Today’s settlement of Christos is old, possibly from the 11th century. The church of the Transfiguration of the Savior, in the south of the village, dating from the 18th century, was founded on an older little Byzantine church. There is also evidence of the ancient inhabitation of ancient Malla above the little church of Saint Paraskevi. There are inscriptions from ancient Malla, buildings, mosaics, ancient tombs, grave goods and offerings, coins that represent Zeus, the Labyrinth, the eagle and the word MAL.
A peak sanctuary, the temple of a goddess or god, an acropolis or a fortress of ancient Malla, the site above Saint Paraskevi of Christos is one of the most beautiful places in Crete. The picturesque little church, the sources with clear, icy waters, the square with the tavern, the gigantic planes compose a paradise on earth.
The tour in the landscapes of Christos is breath-taking. The cliffs, the gorges, the narrow pass through the rocks, the huge rocks, the karst landscapes reflect the violent changes of the geological formation of the Cretan landscape.
The plateau of Selekanos also belongs to the Local Department of Christos.
It is a valley of fairy tale beauty, with the largest uninterrupted pine forest of Crete, the church of Saint Eustace and the Panagia (Our Lady) Selakaniotissa, Stella’s coffee house and the private events hall of the cultural association of Selakanos and the luxurious stone-built mansions of the residents of Christos who invest and spend there their whole summer. The gorge of Selakanos is also famous, and so are the routes to the peaks Afentis and Lazaros of Dikti. The Selakanos green beans are also renowned, served with wild goat.
The settlement of Christos, the surrounding area and the plateau of Selakanos present an exceptional touring interest for anyone who wishes to escape from the urban routine. The natural beauties, the optical contrasts of the Cretan mountainous landscape are deified in Christos of Ierapetra. 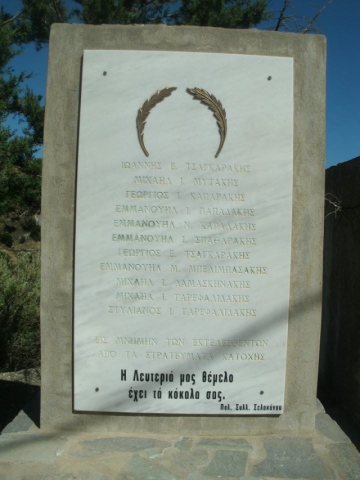 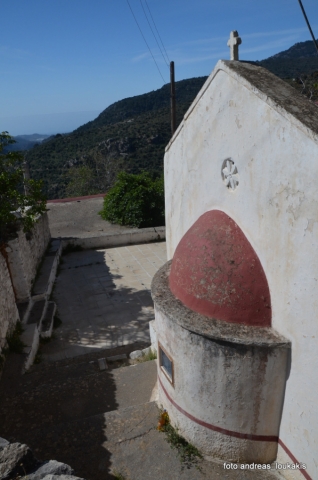 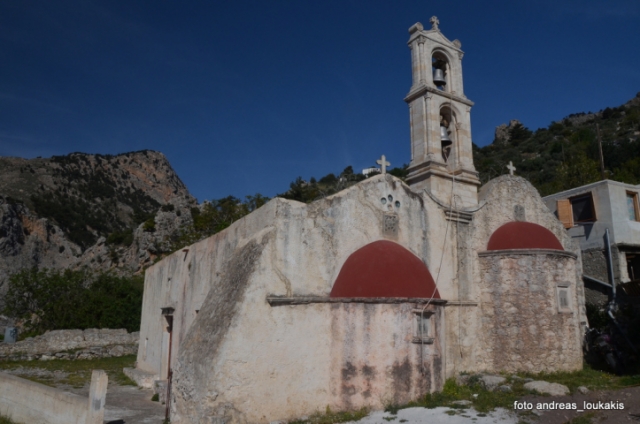 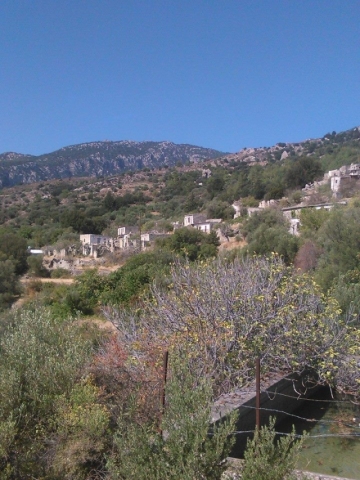 It is a small village with few residents, at 4 km in the west of the village Christos at an altitude of 600 m. The residents of Metaxohori have immigrated to the plains of Ierapetra, in Stomio, Ammoudares and Xerokampos and work in the glasshouses. The village has been renamed in 1955 from Parsas to Metaxohori to honor the Ecumenical Patriarch Meletios Metaxakis who was born here.
The Metaxohori settlement dates from the 17th century, as follows from the dating of the old churches. In the older times, Parsas, as its name was, was built at 2 km below its present position, at the site Myrtaras. Until 1929, it belonged to the Municipality of Mournies in the Province of Viannos. Since then it has been an autonomous Community, in the 90s it belonged to the Municipality of Nea Malla and today it is a Local Department of the Municipality of Ierapetra.
In 1630 it had 138 residents, in 1940 it had 281, and in 2001 55 residents were registered in the census. The permanent residents however are no more than 7.
Metaxohori has good infrastructures, an asphalt road, a renovated school, a memorial for the fallen fighters, beautiful old and new churches and the bust of the Patriarch Meletios Metaxakis. It is connected by a dirt road to the Symi villages Riza – Mournies.
The modern history of Metaxohori is rich in important persons and facts from the period of the Turkish rule and the German Occupation. The most prominent figures were Captain Diakomanolis, during the Turkish rule, and Giorgos Metaxakis, a lawyer who worked in the Prefecture and spoke 7 languages. In 1943, 7 residents of Parsos were arrested and executed at Sfakoura of Riza.
Metaxohori or Parsas, with the ruined Cretan style houses, the half-wrecked cemetery church, the wonderful natural landscapes, the view to the mountain tops, has an unbelievable tranquility, which is only disturbed by the voices of animals and birds, and a nice healthy climate. There are also amazing mountaineering routes for the nature lovers and the cave at “Kleisidi” where there are old findings, utensils and skeletons of people who took refuge there during the Turkish rule. In the north of Metaxohori, at a great altitude, there is the cave of “Neraidogoula”, which presents an inexplicable phenomenon. Sometimes in August unbelievable quantities of water flow out of the depths of the cave, flood the “Psoriaris” river and cause catastrophes. Perhaps this is why it took the name “Neraidogoula”, that is the source of the Fairy.
However, in Metaxohori, the village is dominated by the figure of the Ecumenical Patriarch Meletios Metaxakis, 1871-1935. His contribution in the posts he served into was huge and his bust adorns the central square of Ierapetra.
Metaxohori today waits to be repopulated, to be revived, since it has a wonderful climate and its air is scented by the verdurous mountain slopes of Dikti. Its few residents experience the tranquility and the solitude waiting for the emigrants, the mountaineers, the nature lovers to come and admire the village of the Patriarch Meletios Metaxakis.